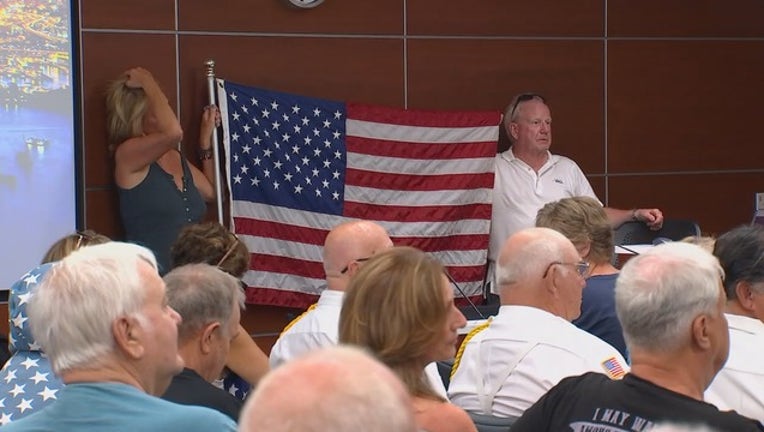 ST. LOUIS PARK, Minn. (FOX 9) - Tuesday morning, President Donald Trump commented via Twitter on a recent vote by the St. Louis Park City Council not to recite the Pledge of Allegiance before every council meeting.

"Outrage is growing in the Great State of Minnesota where our Patriots are now having to fight for the right to say the Pledge of Allegiance. I will be fighting with you!"

In late June, the City Council voted unanimously to only say the Pledge of Allegiance on special occasions.

The change went into effect Monday night at a well-attended meeting, which also saw protests taking place outside the building.

The City Council says it will hold further study sessions on the topic later this month. From there, it will make a decision one way or the other, or decided to hear formal public feedback before moving forward