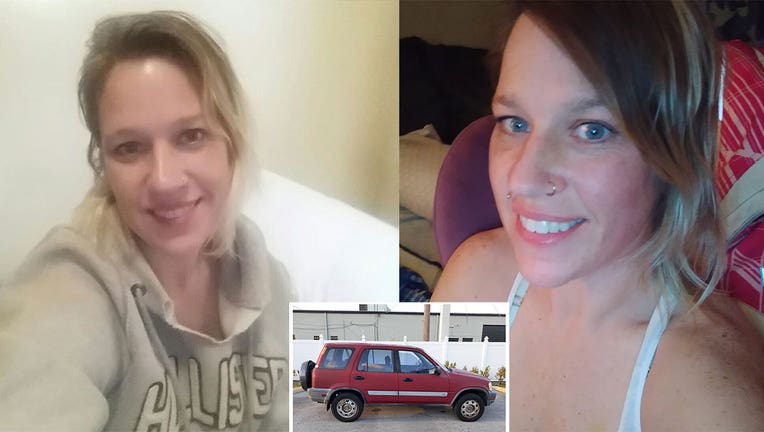 Hailey Anderson has been missing since last week and was last seen in Turtle Lake, Wis. but was supposed to travel to Hibbing, Minn. (Supplied)

(FOX 9) - Police say a missing woman from Cumberland, Wisconsin was found dead Monday after she crashed near the Amnicon River and Highway 53.

Hailey Anderson, 43, was last seen on Sept. 16 in Turtle Lake, Wisconsin. On that day, police say she made a "frantic" phone call to a friend saying her boyfriend had hit her before the call ended abruptly.

Since that time, police say she hadn't had contact with her friends, family, or children, all of whom she normally has daily contact with. She was supposed to be traveling to Hibbing, Minnesota.

On Monday morning, a Douglas County Sheriff's Deputy discovered Anderson's car and determined the driver - who watched Anderson's description - had veered off Highway 53 and crashed into the river bank. The driver was ejected from the car and was found deceased at the scene.