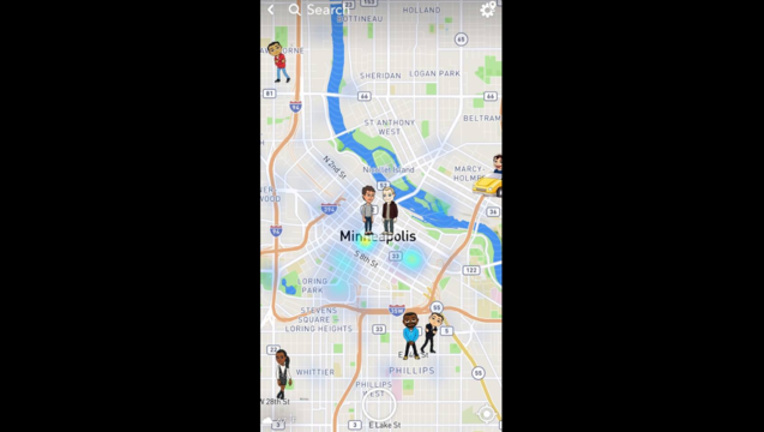 The app’s new update features “Snap Map,” where users can see their friends’ exact locations, even when they’re on the move.

There is a “Ghost Mode” option available, but users must turn it on after the update. Ghost Mode allows the user’s location to remain hidden. Users in Ghost Mode can still access the map and see their friends who are “active,” without being seen themselves.

Police departments all over the country have used their own social media accounts to spread the word about the new update.

The Minneapolis Police Department said in their post, “Snapchat has a lot of young users on it. If your children use Snapchat, please check to ensure that they have their location set to ‘ghost mode,’ that way no one can see where they are.”

“The tracker allows you to view the exact location of your friends,” the Morris Police Department posted. “It can give you the area, town and street and if you zoom in enough, it shows the house on the street layout.”

Anybody can be found and “friended” on Snapchat, though users must accept invitations and requests. Users’ posts and locations can only be shared by those that they have accepted as friends

To access the Snap Map, users go into camera-mode, then use two fingers to “zoom out,” making a pinching motion on the screen. From there, the settings button can be found in the top right corner, allowing users to enable Ghost Mode.