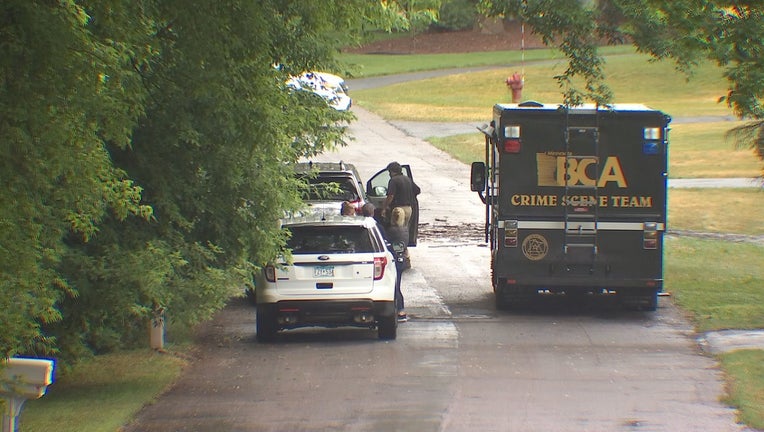 The investigation into the deadly shooting in St. Cloud spanned into Sunday afternoon. (FOX 9)

ST. CLOUD, Minn. (FOX 9) - Police in St. Cloud, Minnesota say a man inside a home was shot and killed by another man who was outside in a "random" incident.

According to the St. Cloud Police Department, the victim was shot just after 6:15 a.m. Sunday morning on the 2600 block of Island View Drive. The bullet appeared to come from outside the residence.

A man is dead after a suspect allegedly randomly shot and killed him while he was inside a residence in St. Cloud, Minnesota Sunday morning.

Police later found the 45-year-old suspect on the 1200 block of Fourth Avenue South with a handgun. He was arrested without incident and admitted to shooting the victim.

According to the police investigation, the shooting is believed to be a "random incident," and that the victim and shooter had "no connections."

An investigation into the shooting is ongoing.