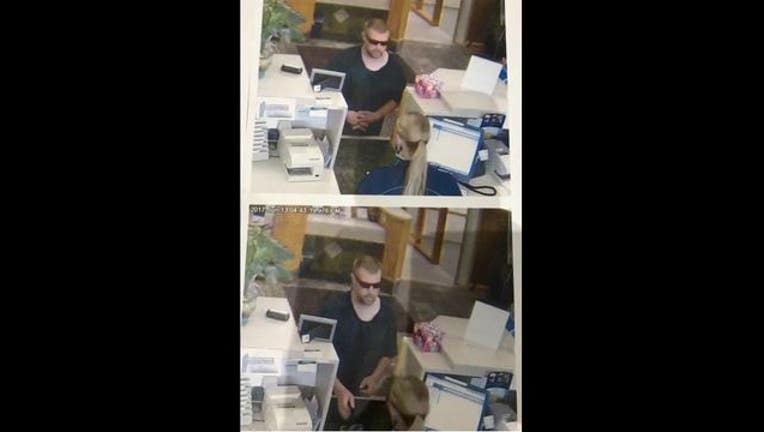 The Bureau of Criminal Apprehension and the Rosemount Police Department is asking the public's help to find the suspect of a bank robbery.

Rosemount police responded to a report of a robbery at 4:49 p.m. at the Merchants Bank in the 15000 block of Chippendale Avenue in Rosemount.

Employees told police a man gave a demand note to a teller and left the bank with an undisclosed amount of money.

The man did not show a weapon and no one was injured.

During the robbery, he wore a dark colored t-shirt, cargo shorts and sunglasses.

Anyone with information is asked to call the Rosemount Police Department's tip line at (651)322-COPS.