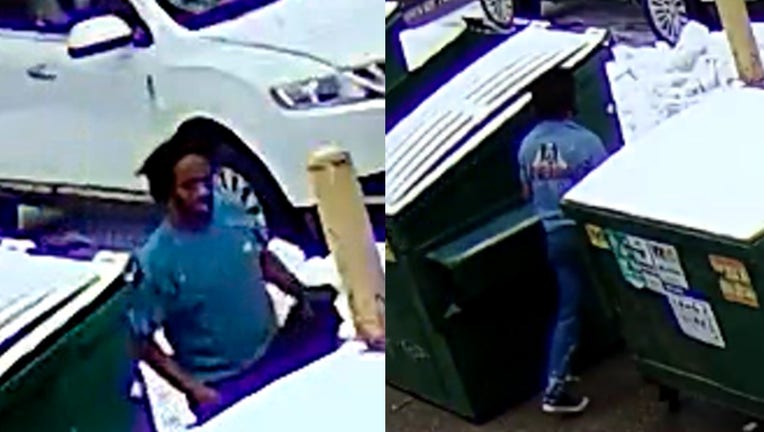 MINNEAPOLIS (FOX 9) - Minneapolis police are asking the public's help to identify a suspect connected to three random stabbings, one of which was deadly.

According to Minneapolis Police Department spokesman John Elder, the stabbings all occurred on the morning of March 17. Elder says there is no indication the suspect knew any of his victims.

Minneapolis police are asking the public's help to identify a suspect connected to three random stabbings, one of which was deadly.

"You have people who were victims of crimes through no fault of their own--none," said Elder. "They were in the wrong place. They didn't do anything to aggravate the individual."

The first stabbing happened at 9:21 a.m. at the bus shelter at Chicago Avenue S and Franklin Avenue E. A 78-year-old woman, identified as Maria Elena Mantini, died of a stab wound to the chest, according to the Hennepin County Medical Examiner report.

At 9:30 a.m., the suspect approached a 76-year-old man, who was standing on the 2200 block of Park Avenue South. After the two had a "cordial conversation," the suspect stabbed the 76-yea-old without provocation. The man suffered serious injuries, but survived.

A third incident happened at 9:45 a.m., a 28-year-old man was stabbed while sitting the bus shelter at Lake St. And 12th Avenue S. He was also seriously injured, but survived.

After reviewing surveillance footage, investigators believe the same man is tied to all three stabbings. Police are releasing images and hope a distinct design on suspect's t-shirt will help lead to an identification.

Investigators believe the suspect hasn't stabbed anyone since his spree on March 17.

"We are asking for the public's help in moving forward in getting this person identified and off of the streets," said Elder. "This is of paramount concern to us."