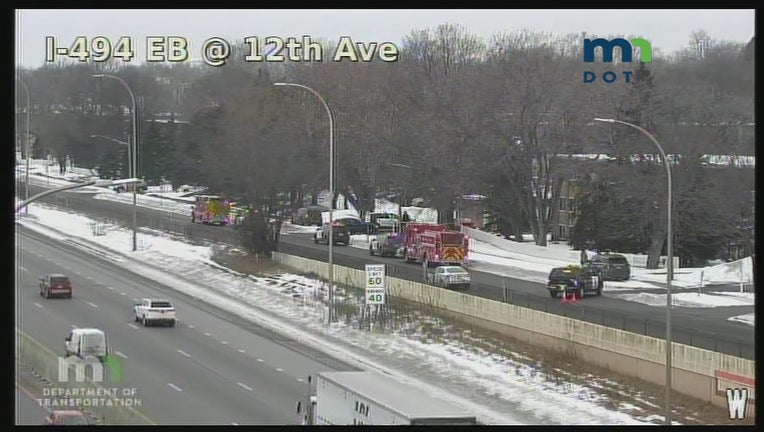 Traffic cams show the shooting crime scene, just off of 494 in Richfield.

RICHFIELD, Minn. (FOX 9) - Police are searching for a suspect after a man was found shot multiple times Friday in a parking lot in Richfield, Minnesota.

Officers said the victim was found just after 2 p.m. following 911 calls. First responders arrived on scene and worked to revive the him. His current medical status is unknown.

Police are now searching for the person responsible for the shooting. Witnesses told investigators that a passenger car with two men inside was seen fleeing the scene but further details about the vehicle were not released.

Officials said they don't believe there is a danger to the public. Anyone with information on the shooting is asked to call police at (612) 861-9800.