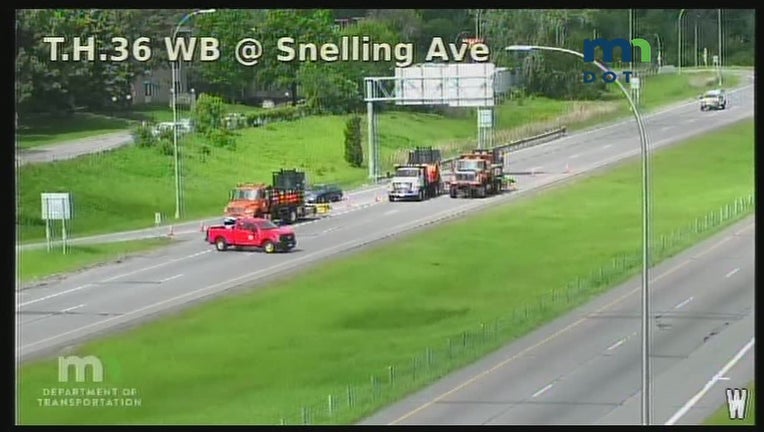 ROSEVILLE, Minn. (FOX 9) - Police in Roseville, Minnesota are investigating what they say is a suspicious death.

Friday morning, officers responded to several reports of a single vehicle accident with one person ejected from the vehicle. When they arrived, officers found a man lying motionless on Highway 36 at Hamline Avenue. He was pronounced dead at the scene with apparent trauma to his head.

Officers located the driver and a second passenger fleeing the area. The passenger was transported to a local hospital for non-life threatening injuries suffered during the crash. The driver, 27, of Minneapolis, was arrested after officers determined he appeared to be under the influence of drugs and alcohol. Detectives executed a search warrant to obtain a blood sample and he was booked at the Ramsey County Law Enforcement Center for criminal vehicle homicide charges.

The Bureau of Criminal Apprehension and the Minnesota State Patrol are assisting in the investigation. Anyone with information related to this incident is encouraged to call the Roseville Police Department at 651-767-0640. Online tips may be submitted at: https://www.cityofroseville.com/3194/CrimeTips.