Authorities provide an update after recovering the bodies of three children and a woman from Vadnais Lake after a potential homicide.

Vadnais Heights, Minn. (Fox 9) - The bodies of four missing Ramsey County family members were recovered from Vadnais Lake on Friday and Saturday, including three children believed to be under the age of six years old.

Now, the Ramsey County Sheriff is investigating the situation as a possible triple-murder-suicide.

"I've been doing this for 30 years as a cop, and water patrol for most of it, and this is one of the more difficult ones," Ramsey County Commander Eric Bradt said.

The family's father was also found dead in an apparent suicide at a Maplewood home on Friday morning. That discovery lead police to begin searching for his wife and children: two boys and one girl.

"They were concerned about her well-being and the well-being of the children," Ramsey County Undersheriff Mike Martin said.

A timeline of the search for bodies at Vadnais Lake 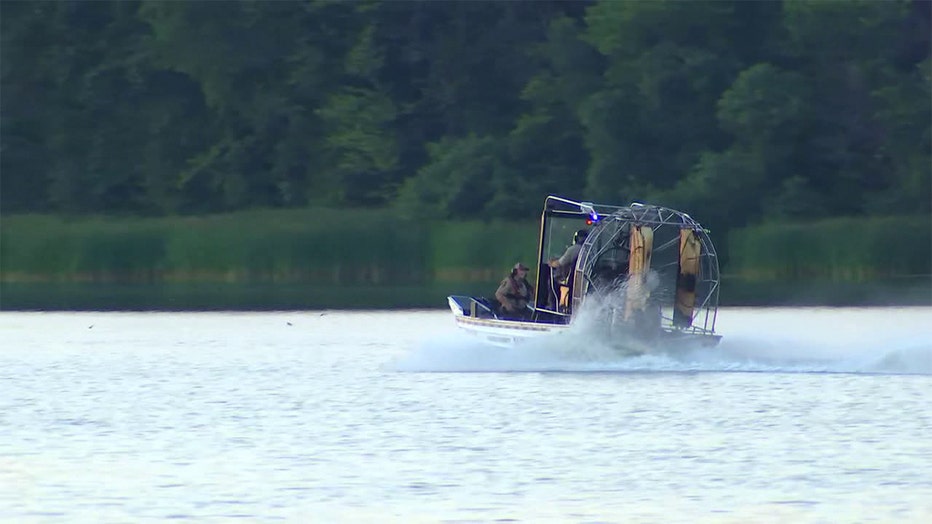 Authorities are at the scene of Vadnais Lake Friday evening, where multiple agencies have been spotted searching the water.

Police tracked the mother's cellphone to her car at Vadnais Lake. They began searching the water around 4 p.m. on Friday, spending more than half a day with dive teams and sonar equipment.

At 7:30 p.m. on Friday night, they found the body of one son. Then they recovered his brother's body just after midnight on Saturday morning.

At about 10:45 a.m., the search team found the mother's body, and then about 15 minutes later, they also recovered the daughter's body.

"Our hearts go out to the families involved here and their friends," Martin said.

Law enforcement does not believe the family's father was ever at the lake before his apparent suicide.

"Our goal was to find the children and the mother and to return them to their families and we're glad that we were able to do that," Martin said.

Authorities are at the scene of Vadnais Lake Friday evening, where multiple agencies have been spotted searching the water for victims of a possible triple homicide.