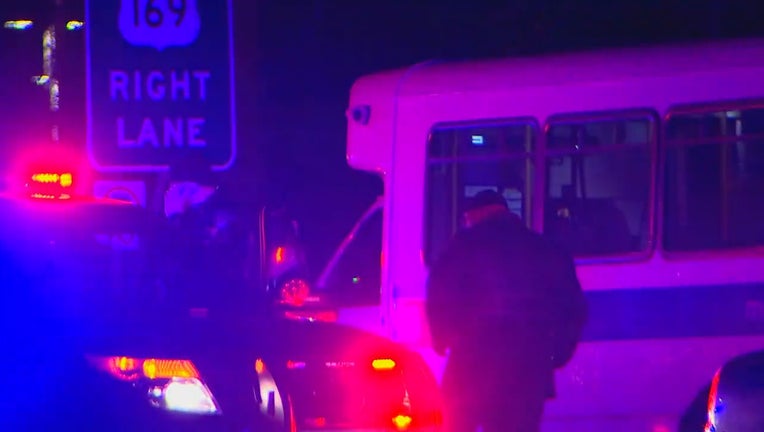 NEW HOPE, Minn. (FOX 9) - Police are searching for a suspect after a shooting on a bus in New Hope, Minnesota Thursday evening.

According to the New Hope Police Department, around 9 p.m., officers responded to a 911 call from a contracted First Transit bus on 42nd Avenue North and Gettysburg Avenue North. When they arrived at the scene, first responders found a man who with a non-life threatening gunshot wound to the leg.

New Hope Police Captain Scott Slawson told FOX 9 all accounts indicate the victim was shot while he was seated on the bus. There were other passengers on the bus at the time, but no one else was injured.

Police do not believe there is a danger to the public.

The First Transit bus where the shooting occurred is under contract with the Metropolitan Council.