PLYMOUTH, Minn. (FOX 9) - Plymouth Police are searching for a shooter after a scary night at the Emagine Willow Creek movie theater Friday.

Law enforcement says someone walked into the theater and fired a gun multiple times, but no one was injured. Authorities spent the night talking with witnesses after at least two shots were fired inside the movie theater lobby.

Plymouth Police are searching for a shooter after a scary night at the Emagine Willow Creek movie theater Friday. One day later, the theater remained close and some moviegoers stopped by in the morning to get refunds. Theater staff told FOX 9 they were not sure when it might reopen.

Friday night is date night for Anderson and Seohyun Lee, and this week they found themselves at the movies in Plymouth. But as they found their seats, they heard something they weren’t expecting before the movie started.

"Right when we sat down we heard like two shots in the distance," Anderson explained. "I personally thought the shots were from the commercials in the theater."

"I sensed it and I was like, did you hear that?" Lee finished.

Then, almost immediately, the pair says five moviegoers bolted into the room, searching for a way out, and they realized they needed to run too.

"We thought we were going to die because we thought this was a mass shooting," Anderson said.

They ran with others to an emergency exit, but Anderson says it was locked.

"And then everyone is standing in that little corner hiding," Anderson said. "Everyone screaming… The feeling of being trapped and not being able to leave is just a horrible feeling."

"Terrified, feeling that someone might come in while we’re trapped." Lee continued. "And you don’t know what’s going to happen after that."

Eventually they made it out another door, and once outside ran down the street, waiting until police surrounded the theater and they felt safe to return to their car.

"The next thing we saw was just lines of police cars coming," Anderson said. "There must’ve been at least 20 police cars here." 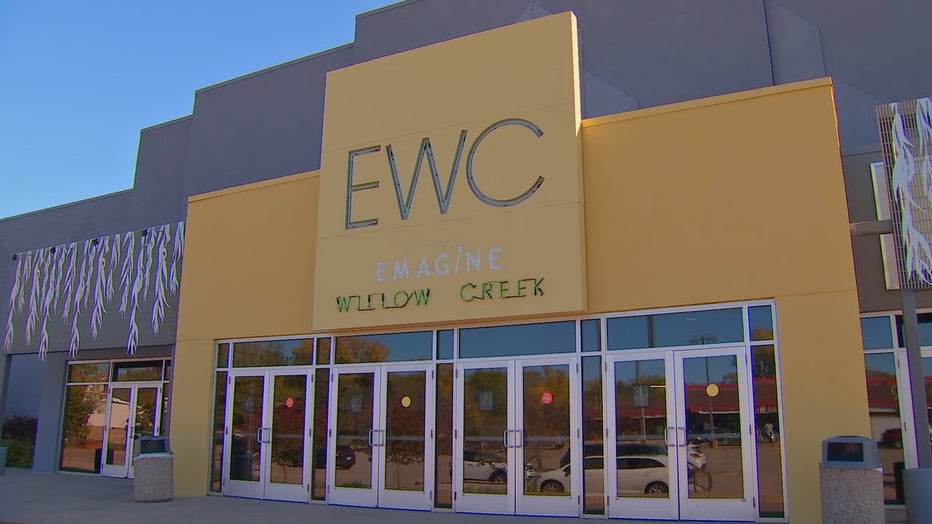 After an evacuation of the theater, police say no one was hurt. The motive for the shooting is unknown.

"We were really thankful that no one got hurt," Anderson said. "Because we had a really bad feeling leaving the theater that someone must’ve got injured."

One day later, the theater remained close and some moviegoers stopped by in the morning to get refunds. Theater staff told FOX 9 they were not sure when it might reopen.