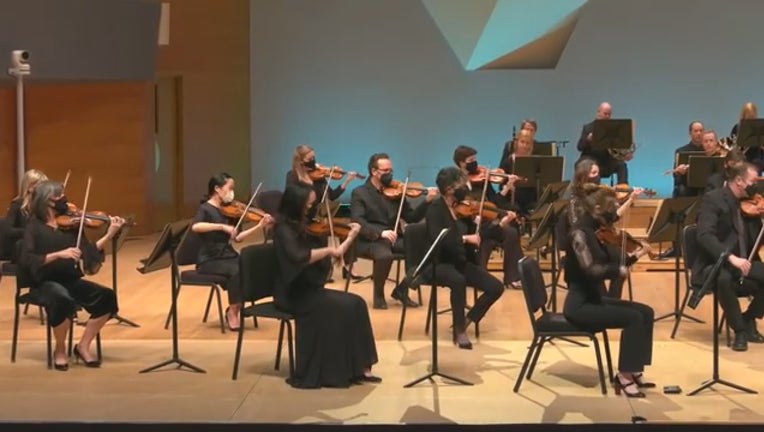 MINNEAPOLIS (FOX 9) - The challenges of the COVID-19 pandemic, which has shut down many performance opportunities for musicians and artists across the world, took a heavy toll on the Minnesota Orchestra.

Thursday, the orchestra reported that the impacts of the pandemic pushed the organization's budget deficit to $11.7 million.

Contributing to the massive loss, the organization says it was forced to cancel about one-third of its ticketed concerts for that time-period along with its largest fundraiser of the year.

The concert cancellations dropped the orchestra's performance revenue for the year from $9.5 million in 2019 to $6.8 million this past year.

Despite missing its big fundraiser, the 2020 Symphony Ball, the orchestra says it was able to tread water with donations, seeing its total contributions stay at $14 million, down just $500,000 from the previous year.

But, the pandemic has made a difficult financial situation worse for the orchestra. Headed into 2018-2019, the orchestra had recorded four straight balanced budgets. But, citing fewer major gifts, the orchestra reported an $8.8 million loss in 2019.

The orchestra announced a plan to grow in revenue following the 2019 shortfall before the pandemic struck.

While the orchestra was forced to cancel shows, it was able to continue some performances, including shifting some shows online while also hosting some socially-distanced shows over the summer.

Despite the losses, the orchestra says it is positioned to make its way through the pandemic. The orchestra was able to receive a PPP loan to help support employee salaries through the early summer. It is seeking forgiveness on that loan.

The orchestra also says all full-time employees, including its president and musical director, took pay cuts for the final two months of the fiscal year.