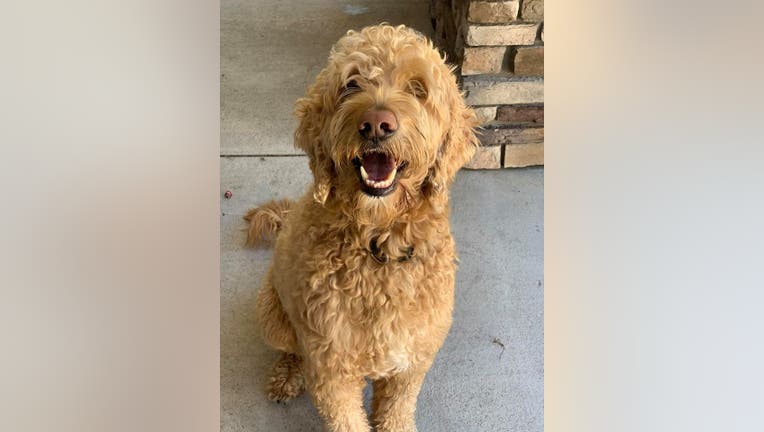 SHAKOPEE, Minn. (FOX 9) - A Goldendoodle is recovering after he was ejected from a car during a crash Monday in Shakopee, Minnesota.

According to police, the dog, named Gus, was thrown from the car during a crash at Hwy 169 and County Highway 83. Gus was later found a few miles away from the scene and taken to the veterinarian.

The owners told officers that "Gus is ok by some miracle," and that after spending the night in the ER, the only thing they could find wrong with him is that "the skin on his pads on all 4 feet has been sheered off."

Though he does not have any broken bones, Gus is having a hard time walking due to the damage to his paws.

"He’s definitely hurting, but he will heal," the owners wrote. "We are very lucky. I know things could have ended up much worse." 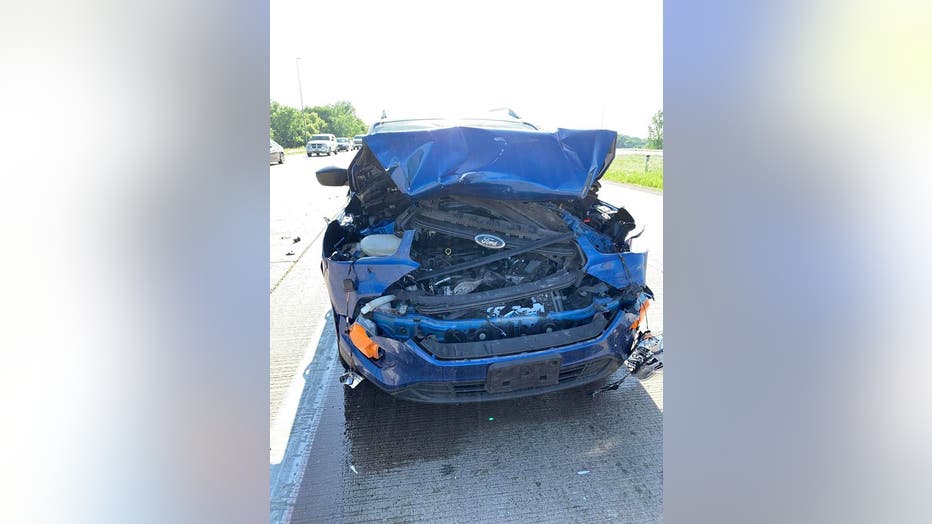 Shakopee Police shared a photo after a crash on Highway 169 Monday, Luckily, no one was seriously injured. (Credit: Shakopee Police)