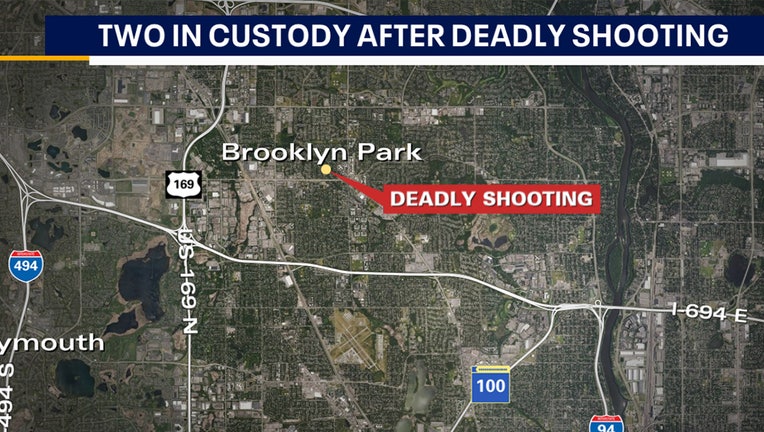 BROOKLYN PARK, Minn. (FOX 9) - A man is dead, and two people are in custody following a shooting in Brooklyn Park Wednesday night.

Brooklyn Park Police say they responded to a call of shots fired around 11:32 p.m. at a home on the 7800 block of Tessman Drive. Officers arrived to find one person suffering from a gunshot wound to the chest.

Paramedics took the victim to a nearby hospital where they later died.

Police took two people into custody at the scene and booked them into the Brooklyn Park Jail for aiding and abetting.