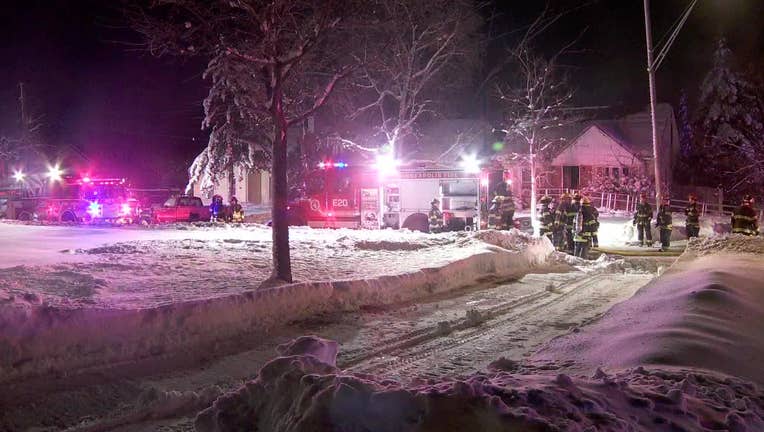 One person died in a house fire in Minneapolis early Monday morning.  (FOX 9)

MINNEAPOLIS (FOX 9) - An early morning fire in Minneapolis claimed one life, according to the Minneapolis Fire Department.

MFD says it responded to a report of smoke showing from a home on the 2200 block of 45th Avenue North around 2:32 a.m Monday. When crews arrived on scene, they found a home with heavy black smoke and fire coming from two sides of the house.

Firefighters forced entry to the home and took an adult victim from the burning home.

First responders administered CPR to the victim before he was transported to a nearby hospital where they were pronounced dead.

After crews extinguished the fire, they were able to search the home and found three dogs. One of the dogs was suffering from unspecified injuries.