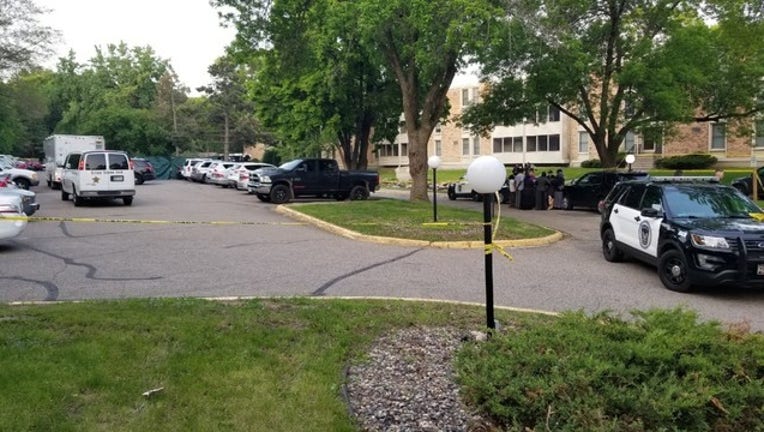 Police responding to the 13100 block of Harriet Ave S in Burnsville, Minnesota

Officers responded to reports of shots fired on the 13100 block of Harriet Avenue South around 1 a.m., according to the Burnsville Police Department. When officers arrived, they found a man with apparent gunshot wounds dead in the parking lot of the apartment complex.

At this time, there are no suspects in custody, but police said they are following several leads. They do not believe the incident was random and said there is no danger to the public.

The victim's identity has not been released.

The shooting remains under investigation. Anyone with information regarding the shooting is asked to contact the Burnsville Police Department Tip Line at 952-641-1105.