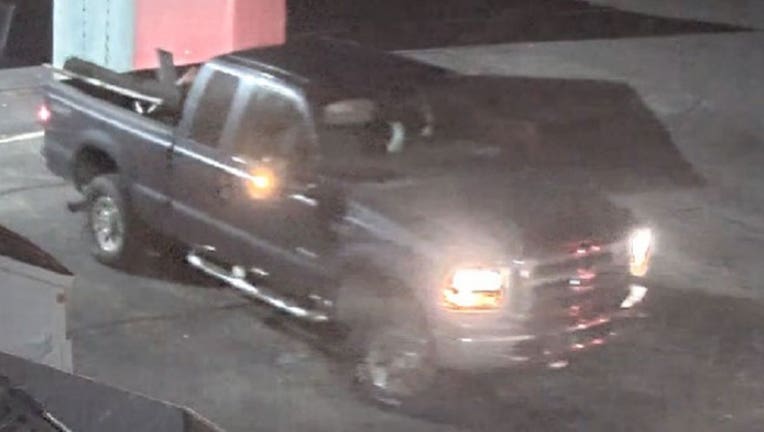 BROOKLYN CENTER, Minn. (FOX 9) - Police say the actions of a man fleeing police in Brooklyn Park resulted in the death of an uninvolved driver on Tuesday. Now, police are searching for that suspect and asking for the public's help.

According to the Brooklyn Park Police Department, officers responded just before 10 a.m. to the area of Highway 610 and Zane Avenue for the report of a stolen construction trailer being taken by a blue Ford truck.

Police say the actions of a man fleeing police in Brooklyn Park resulted in the death of an uninvolved driver on Tuesday. Now, police are searching for that driver and asking for the public's help.

Once on scene, police spotted the truck and trailer at a Hy-Vee along Zane Avenue. Police tried to stop the vehicle but say the driver took off. Due to safety concerns, police say they initially ended the chase.

However, police say the driver continued to speed away recklessly, going through the grass, a ditch, and a chain-link fence to get away on Highway 610 onto Highway 252 southbound. When the truck hit the fence, the vehicle became entangled in the 200-plus foot long fence and began dragging it. The trailer also became detached from the truck in the process.

Officers say that due to the dangers created by the fence, police started chasing the truck again - until in the area of Highway 252 and 66th Avenue in Brooklyn Center, the truck passed another vehicle and the fence hit the vehicle, sending that driver into a traffic light pole. 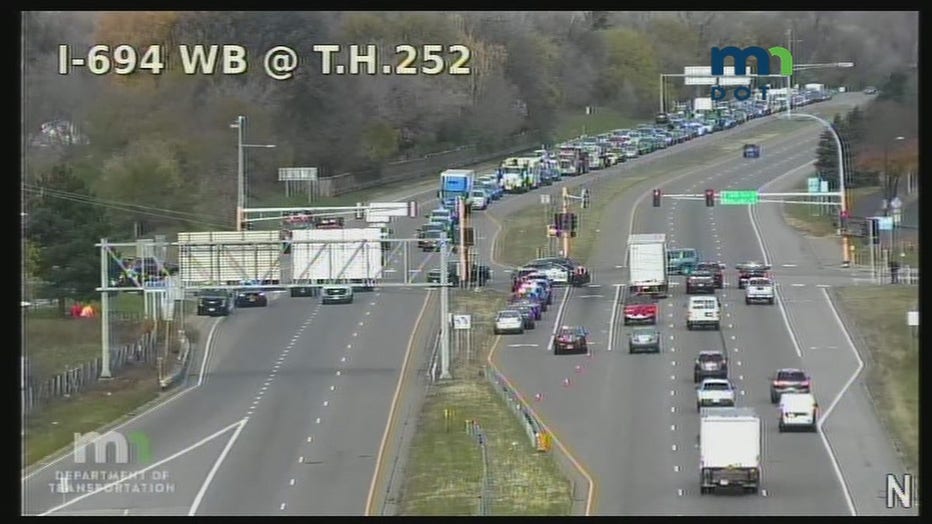 Authorities are responding to an incident in Brooklyn Center, Minnesota.

First responders tried to help the uninvolved driver that was hit, but say the 75-year-old man died from his injuries.

During the crash, the fencing was dislodged from the truck and the driver sped away south on Highway 252 and was last seen getting off Highway 100 onto France Avenue. Police say the truck is a blue 2007 Ford F250 with the Minnesota plates MJW-169. Officers say they later learned the vehicle had been stolen.

The Minnesota Bureau of Criminal Apprehension is now investigating the incident and is asking anyone with information to contact the police.

Investigators from the Minnesota Bureau of Criminal Apprehension are asking for the public's help to identify a man who may have information about the fleeing pickup truck and its driver, who contributed to a deadly crash earlier this week while fleeing law enforcement.