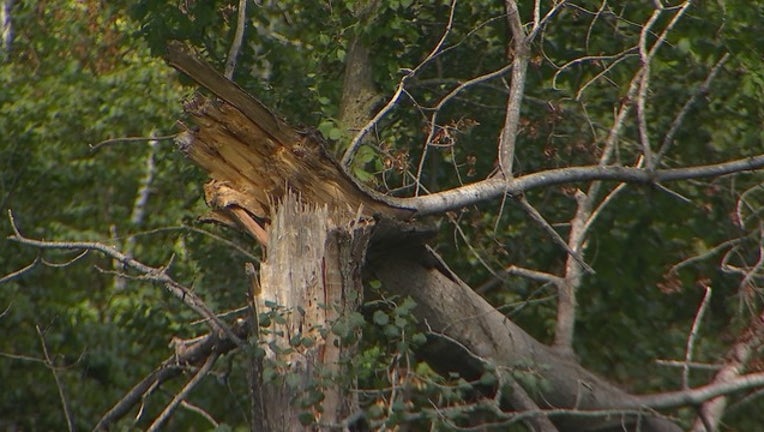 According to the sheriff's office, the teen was struck in the head by a falling tree that was being cut down by another person near 7th Avenue and 19th Street in Prairie Lake.

The teen was identified as Floyd Lehman of Melrose, Wis. He was part of a group cleaning up downed trees from a recent storm.