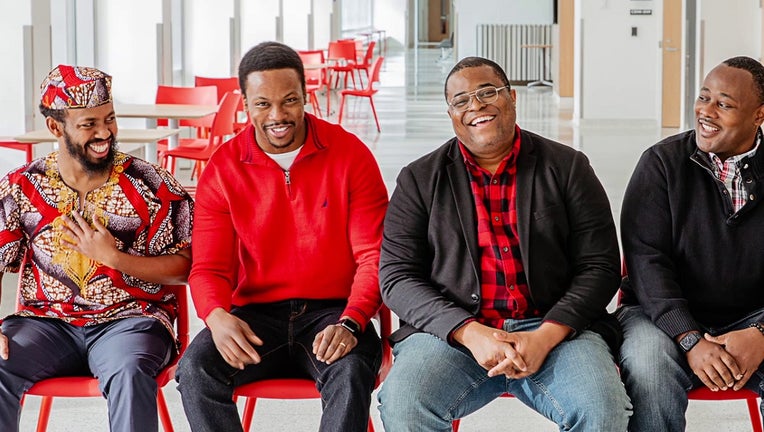 BLOOMINGTON, Minn. (FOX 9) - Minnesota has one of the worst achievement gaps between Black and white students in the country. But a local community college believes students of color could be helped by having more teachers in the classroom who look like them.

Growing up, Darrin Funches had several men of color who taught him reading writing and arithmetic. Now he is back in the classroom to become a teacher himself.

Minnesota has one of the worst achievement gaps between Black and white students in the country. But a local community college believes students of color could be helped by having more teachers in the classroom who look like them.

"Having someone be an influence upon you definitely helped me. I had the opportunity to have six or seven individuals who were African American males. They played a part in me wanting me to become a teacher."

Funches is one of a half-dozen students enrolled in a two-year program at Normandale Community College called "Sirtify". The program started as Black men in teaching last fall to recruit and support African, African American and Black men to become elementary and high school teachers in Minnesota.

"We'd really like to change the narrative of what the Black man is in American society using education as a vehicle to do so," explained Sirtify program manager Marvis Kilgore.

Statistics show Black students make up about 11 percent of students enrolled in schools in Minnesota, but only about 1.5 percent of the state's licensed teachers are African American. Sirtify hopes to help close that gap.

"If you see that certain demographics have been excluded from society, you need to correct those wrongs and this program is doing just that," added Kilgore.

Eventually, Funches, who works as a paraprofessional in Bloomington, wants to teach history and African American studies and in the process inspire his young Black students like his Black teachers inspired him.

"Having a program like this opens up the door for more African American men to get into the workforce, become teachers and put a stamp on giving our students more so our Black male students that positive role model and positive imagery they need,"

Students in the program receive annual scholarships to cover tuition, fees, books, and supplies plus a stipend for living expenses. They also get academic support, leadership training, and professional mentoring as well as help transitioning to a four-year program when they finish at Normandale.