Microplastics are pieces of plastic that measure less than 5 millimeters and these tiny particles are finding their way into our drinking water, food, and even our blood.

A recent study found that those wonderfully convenient non-stick pans you’ve been using could actually be releasing thousands of microplastics and/or nanoplastics with each use, especially if they’ve been damaged.

Researchers in Australia used a specialized imaging process called Raman on pans coated with Teflon and found that, with each use, it is estimated that thousands, and maybe even millions, of microplastic particles are being released.

Teflon is a synthetic plastic which is chemically composed of carbon and fluorine atoms, according to the study. It has an extremely low level of friction and notable chemical, thermal and electrical stability.

However, Teflon is a member of PFAS, which are also known as "forever chemicals" because they last so long in the environment. They have been associated with serious health conditions, including cancer and reduced birth weight. 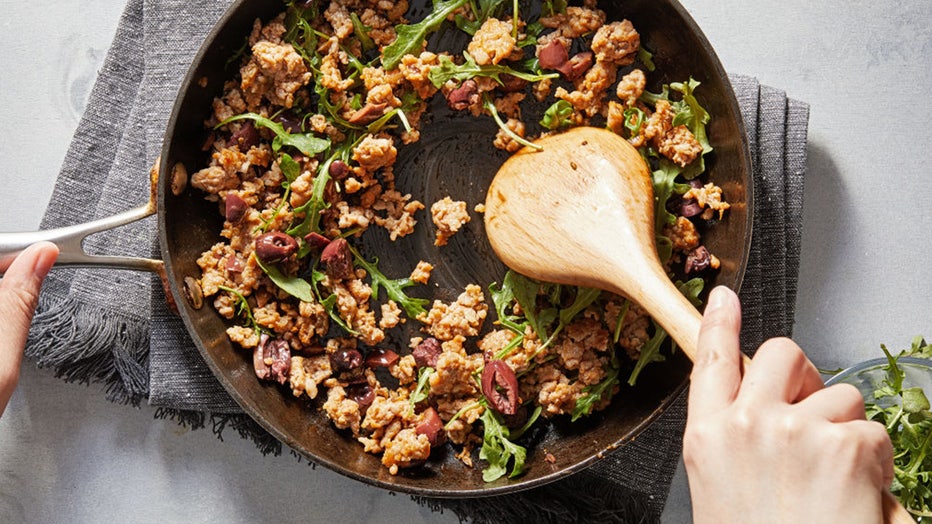 FILE - Chef tooks sausage and veggies in a pan. (Marie Ostrosky for The Washington Post via Getty Images)

PFAS is short for per- and polyfluoroalkyl substances that are used in nonstick frying pans, water-repellent sports gear, stain-resistant rugs, firefighting foam and many other products. The chemical bonds are so strong that they don’t degrade or do so only slowly in the environment and remain in a person's bloodstream indefinitely.

What are microplastics and nanoplastics? 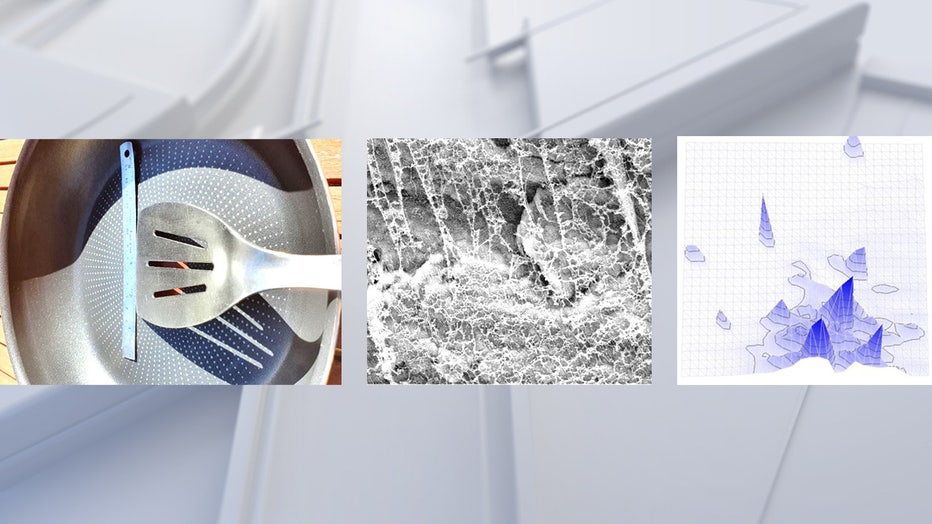 Fang and his team tested six different non-stick pots and pans — four new and two used — and mimicked a typical cooking or cleaning process. Researchers noted no actual food or cooking oils were used in this experiment and said the process was akin to what they called a "dry run."

A steel spatula, a barbeque clamp, a stainless steel wool scrubber and a wooden spatula were used on the tested cookware.

Fang also noted that even if there was no damage to the cookware, the non-stick coating could still release particles over time as the coating can be worn down with each use.

These estimates could also be more or less "depending on cooking style/habit, turner/pan materials/approaches etc.," Fang said.

Separately, Americans eat, drink and breathe in an estimated 74,000 and 121,000 microplastics each year, depending on their age and gender, according to a study published in Environmental Science & Technology.

Those who only drink bottled water over tap water can ingest an additional 90,000 plastic particles each year, the study found.

"Individuals who meet their recommended water intake through only bottled sources may be ingesting an additional 90,000 microplastics annually, compared to 4,000 microplastics for those who consume only tap water," the study stated.

Further research on better detecting microplastics and nanoplastics is warranted, according to Fang, as well as the long-term health impacts of ingesting such tiny inorganic particles.

"We are actually being surrounded by lots of plastic items in our daily lives. We need and enjoy them. However, most of them can release particles/fragments in their lifetime as microplastics and even nanoplastics. Microplastics/nanoplastics contamination are everywhere," Fang said. "While the risk assessment is not yet done, we should be cautious to avoid the potential contamination in our kitchen and in our food."

Kelly Hayes contributed to this report. This story was reported from Los Angeles.