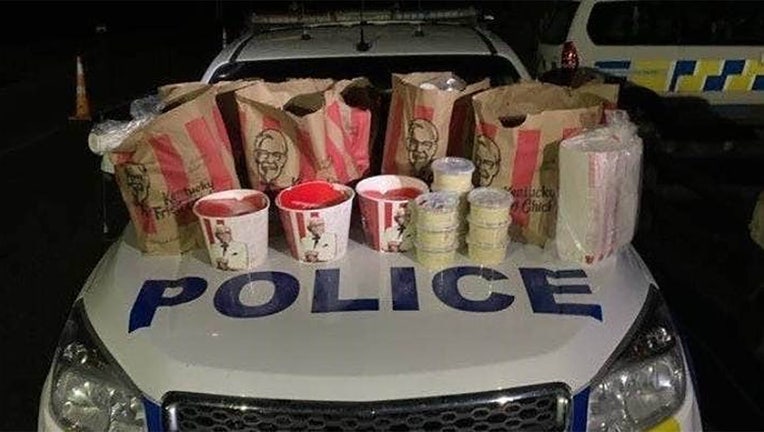 The confiscated KFC chicken is shown in a police photo. (New Zealand Police)

NEW YORK - Police outside of Auckland arrested two men who were trying to sneak into the New Zealand city with a trunk-full of Kentucky Fried Chicken.

Officers noticed a suspicious-looking vehicle traveling on a gravel road.  Police say when the men saw the police car, they did a u-turn and sped off trying to evade police.

The vehicle eventually pulled over and police established they had been traveling from Hamilton trying to get into Auckland.

The vehicle was searched and police found $100,000 in cash and a large amount of chicken and sides. 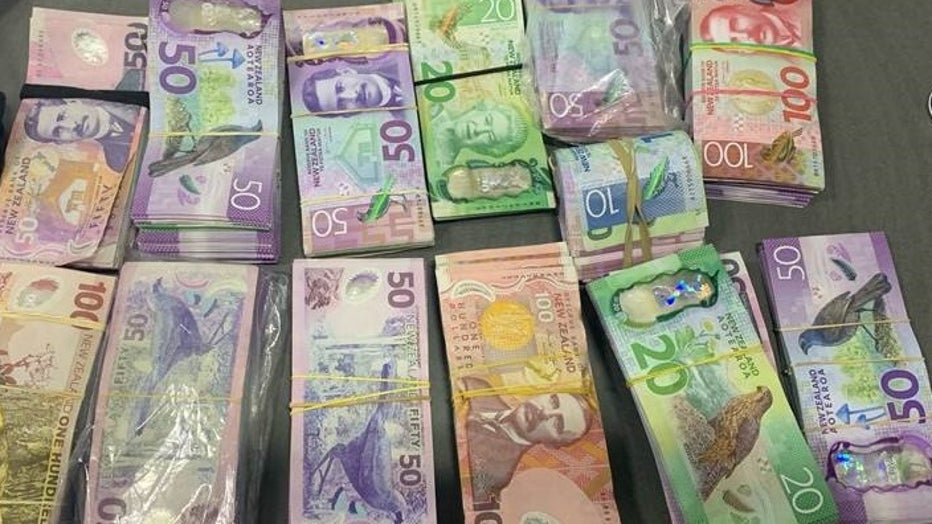 The confiscated cash is shown in a police photo. (New Zealand Police)

Both men, aged 23 and 30, were summonsed to appear in court at a later date for breaching the Health Order and further charges are likely.  Police referred to them as gang members.

Police say while the cash was recovered as evidence, the chicken was discarded.

Police are stopping and questioning motorists traveling through checkpoints into the city and police continue to patrol rural and backroads to keep people from sneaking into the city.

New Zealand’s government has been attempting to eliminate the virus entirely in Auckland by imposing a lockdown but is finding the delta variant hard to stamp out, with another 20 daily community cases reported on Sunday.

MORE:  Drone drops bag of drugs into schoolyard instead of prison

Under Auckland's Level 4 lockdown, all restaurants, including takeout, are closed.

About 54% of people in New Zealand have had at least one dose and 28% are fully vaccinated.