The CDC's recommendation to add COVID-19 to the list of vaccinations required for kids to go to school is already erupting in controversy. FOX's Lilian Woo reports.

Global health agencies are closely watching the emergence of new COVID-19 Omicron subvariants that are spreading faster, resisting current treatments — and increasing the risk of severe infections in immunocompromised people.

"We’re seeing something called convergence evolution," explained Dr. Deborah Fuller, a microbiologist with the University of Washington School of Medicine in Seattle. "That’s when you get a lot of new variants coming out sharing similar mutations. Eventually what happens is they find mutations that allow them to gain a foothold in our environment and evade our immunity. And they find the same ones, so you start to see some of the variants that are slightly different."

Omicron variants BA.5 and BA.4 are still the most dominant strains globally, according to the World Health Organization, but they’re watching variants of concern that could be "the most antibody-evasive" yet. Whether they’ll be as "nightmarish" as some are projecting is yet to be seen.

"We just don’t know yet," said Dr. Dean Blumberg, a professor and chief of pediatric infectious diseases at UC Davis Children’s Hospital at UC Davis Health in Sacramento, California. "They’re potentially nightmarish or they could just go by the wayside.

"It’s really difficult to tell until we see if they do take hold and cause a large number of new infections, and if they translate to increased breakthrough infections," he continued. "They’re certainly on the radar."

Blumberg said a few weeks ago, for example, scientists were concerned about BA2.75 and BA2.75.2, both of which rapidly spread in India, "but nowhere else in the world."

"Those were ones that theoretically could be a problem, but they just kind of went away," Blumberg said.

XBB variant could be the ‘most antibody evasive’ strain yet

The XBB variant, which took off in Singapore and quickly became the most dominant strain there, has been identified in 26 countries, according to the World Health Organization.

"It seems to be evading host immunity," Blumberg said. "So people who have previous infection with BA.4 or BA.5, for example, it seems to have about a three times increased reinfection rate compared to previous strains. That just shows that our own immunity we get from previous infection isn’t holding very well for [XBB]." 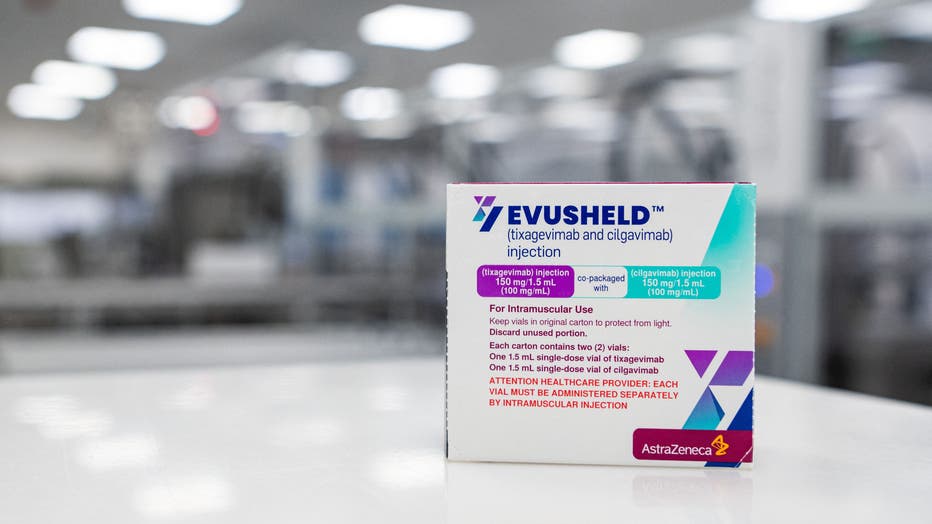 A photo taken on February 8, 2022 shows a box of Evusheld, a drug for antibody therapy developed by pharmaceutical company AstraZeneca for the prevention of COVID-19 in immunocompromised patients (Photo by JONATHAN NACKSTRAND/AFP via Getty Images)

Not only is it likely more infectious, XBB is also resistant to AstraZeneca’s Evusheld, which is used to prevent COVID-19 — rather than treat it — in immunocompromised people who can’t make their own virus-fighters. Evusheld contains two types of antibodies, given in two shots at the same appointment, that are expected to last for six months.

According to the National Institutes of Health, the emerging Omicron subvariants BQ.1 and BQ1.1 are likely resistant to both Evusheld and bebtelovimab, Eli Lilly’s drug to treat COVID-19 infections in people more susceptible to severe disease.

If infections in immunocompromised people rise, hospitalizations will increase, too.

"This resistance means we have less tools in our toolbox," Blumberg said.

RELATED: US warned to prepare as COVID cases rise in Europe

The U.S. Centers for Disease Control said as of Oct. 21, BQ.1 accounted for 9.4% of all U.S. cases, while 7.2% of cases were identified as BQ.1.1. Fuller said the BQ subvariants are trying to become the most dominant strains in the U.S.

Does the latest COVID booster shot protect against new variants? 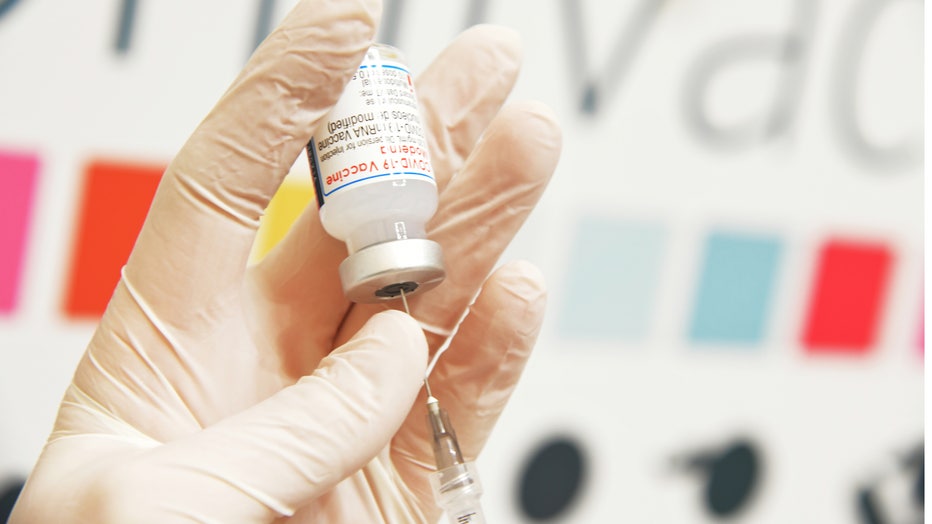 The bivalent COVID-19 booster vaccines from Moderna and Pfizer-BioNTech both target the dominant Omicron variants in the U.S. But doctors say the shot will also boost immunity for emerging subvariants, particularly the ones more closely related to Omicron.

As of Friday, fewer than 15 million Americans had received their updated shot.

"There’s just not that sense of urgency," Fuller said. "We are still in a pandemic. We’re going to have surprises and variants emerging that could cause increased infection rates and increased infection for those at greater risk. We need to stay vigilant and make sure our tools are up to date."

Eligibility for bivalent boosters depends on your age, when you were initially vaccinated for COVID-19 and when you had your last COVID booster.

"If you’re eligible for the bivalent vaccine, you should get it," Fuller said.

Should you be worried? 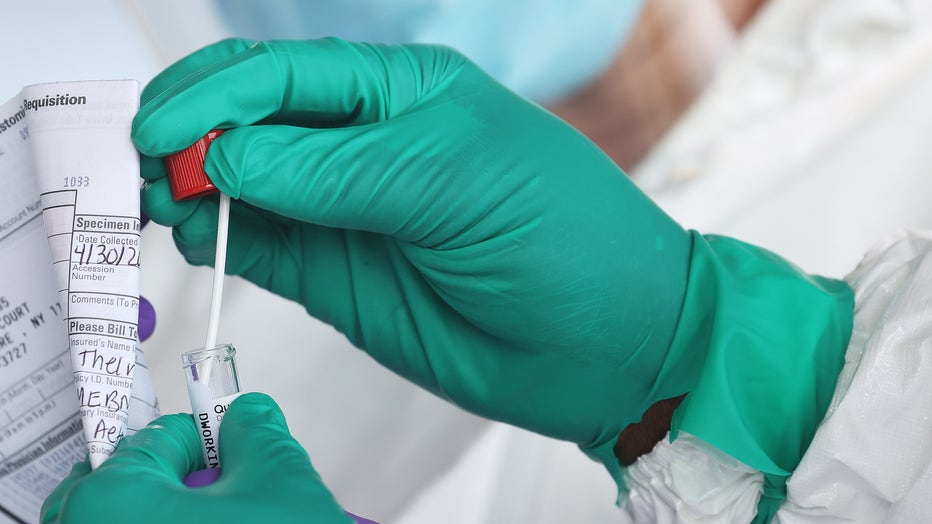 So, how worried should you be? If you’re up-to-date on vaccines and not immunocompromised, the chances for developing severe disease from the new COVID-19 subvariants are low, Fuller said.

"The upside is that because these are variants related to Omicron, the expectation is that our vaccine-induced immunity should be able to provide protection from severe disease for most people in the community," Fuller said.

Vaccines and previous infections will increase your immunity against severe illness, but recent studies have shown that repeated infections can also raise your risk of serious health issues.

"Even if you only get a mild infection, we still don’t fully understand long-term what might happen," Fuller said.

Your body’s immune response to COVID-19 triggers inflammation — and that inflammation can be widespread and affect your organs, Blumberg said.

"It can cause kidney problems, increased risk of strokes, increased risk of heart attacks," Blumberg explained. "The more times you get infected, the higher the risk of organ damage that occurs. With each infection it leads to more immunity, but it can lead to further problems down the road."

When will the pandemic end?

Until COVID-19 reaches a seasonal pattern that virologists can better predict, the world will remain in a pandemic, and "we need to be vigilant and prepared," Fuller said.

"For many people, they think the pandemic is done," Fuller said.

And while case surges are not expected to rise to the levels seen in 2020 or 2021, "we never know what new variant may emerge."

"Omicron came out of left field and was unexpected. As long as it’s replicating in the world, there’s always a risk," Fuller warned.