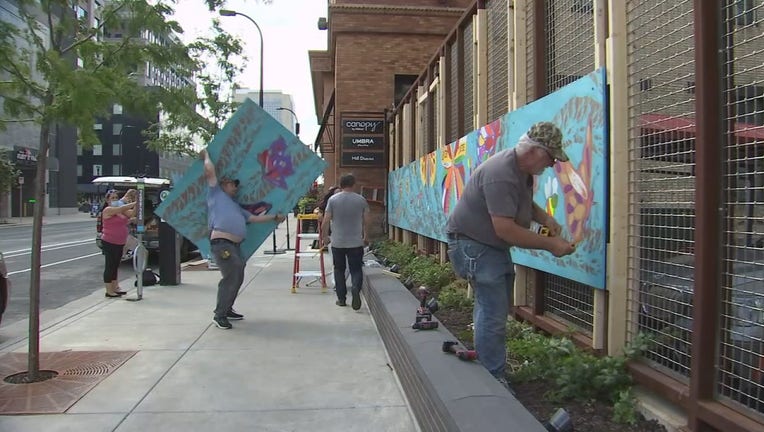 A mural is installed on the Canopy Hilton in Minneapolis Wednesday.

MINNEAPOLIS (FOX 9) - Murals have appeared all over the Twin Cities since the death of George Floyd and the latest one went up Wednesday at the Canopy Hilton on Third Street and Chicago Avenue in Minneapolis. 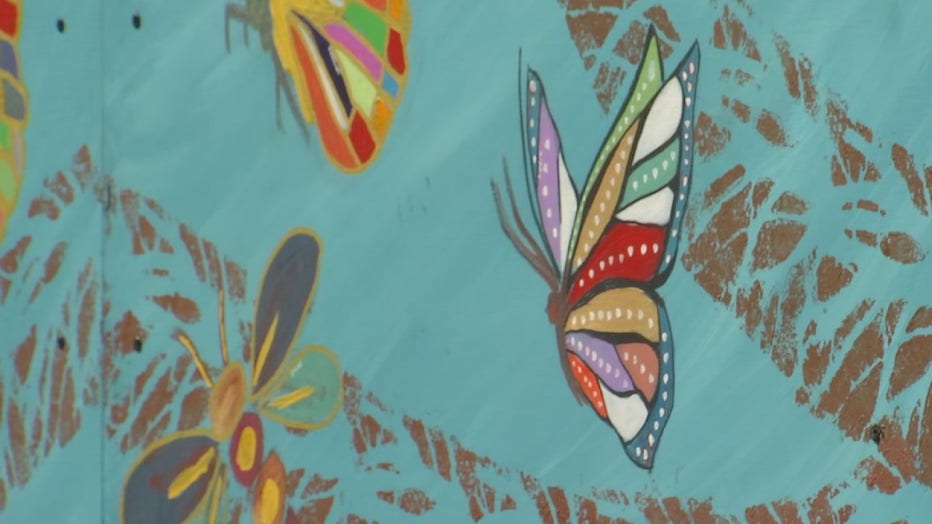 Symbolic butterflies are the focal point of the piece that is meant to inspire change.

Butterflies are seen on the mural representing solidarity flying off to deliver positive messages to the universe. The artist says it represents change, hope and inspiration.

“We’re hoping that so many people come far and near. Children are inspired by this, have their picture in front of it and they really feel something,” said Kay Kay Fultz, the artist.

Fultz works at the Canopy Hilton and was paid to paint the mural. It took two and a half weeks to do with help from others, including her children who are also artists.

She says she also had help painting from some of George Floyd’s family members who were staying in the hotel.