NASA successfully launched a satellite into space this week that will track the "health" of the planet.

The Landsat 9 was launched on Sept. 27 from Vandenberg Space Force Base in California.

Video streamed of the launch shows Landsat 9 lifting off and making its way toward space to continue the satellite system’s 50-year legacy of monitoring the Earth from above.

Landsat 9 will join its sister satellite, Landsat 8, and the pair will work in tandem to "collect images spanning the entire planet every eight days," according to NASA. 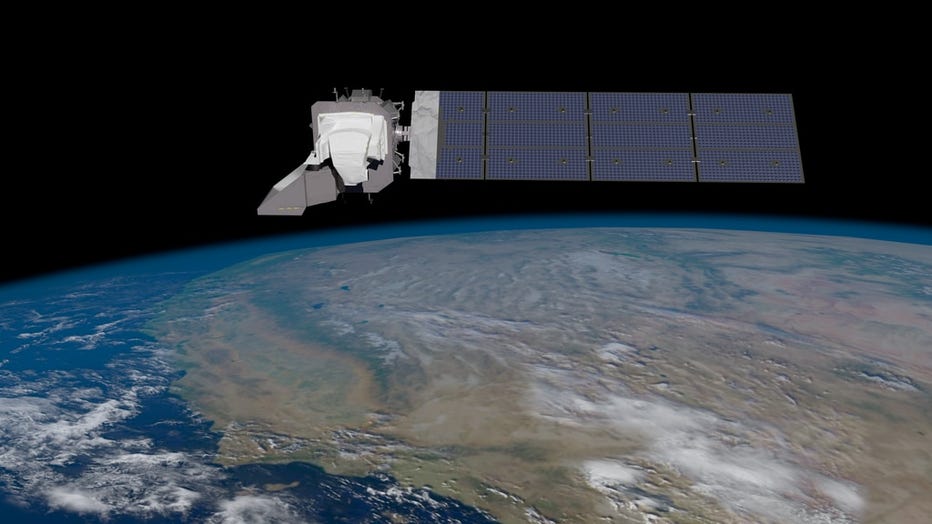 The satellites were designed to track changes on Earth to inform researchers on key areas such as climate change.

"NASA uses the unique assets of our own unprecedented fleet, as well as the instruments of other nations, to study our own planet and its climate systems," said NASA Administrator Bill Nelson. "With a 50-year data bank to build on, Landsat 9 will take this historic and invaluable global program to the next level."

The very first Landsat satellite was launched in 1972 and since then, NASA has continued to launch new models to continue keeping track of the planet’s changing surface.

"The Landsat mission is like no other," said Karen St. Germain, director of the Earth Science Division at NASA Headquarters in Washington. "For nearly 50 years, Landsat satellites observed our home planet, providing an unparalleled record of how its surface has changed over timescales from days to decades. Through this partnership with USGS, we’ve been able to provide continuous and timely data for users ranging from farmers to resource managers and scientists. This data can help us understand, predict, and plan for the future in a changing climate."

Meanwhile, a recent article published in over 200 accredited medical journals warned that climate change is the "greatest threat to global public health."

Ahead of the biodiversity summit and climate conference (COP26) later this year, health experts are warning countries that the world cannot wait until the COVID-19 pandemic passes to take action on climate change, citing rising temperatures and extreme weather patterns, among others.

"Indeed, no temperature rise is ‘safe,’" according to the article.

The article has appeared in medical journals such as "The Lancet," "The New England Journal of Medicine" and the "British Medical Journal," and called upon nations to take action "to keep average global temperature increase below 1.5 degrees Celsius, halt the destruction of nature, and protect health," authors wrote.

Earth’s climate is getting so hot that temperatures in about a decade will probably blow past a level of warming that world leaders have sought to prevent, according to a report released in early August that the United Nations called a "code red for humanity."

"It’s just guaranteed that it’s going to get worse," said report co-author Linda Mearns, a senior climate scientist at the U.S. National Center for Atmospheric Research. "I don’t see any area that is safe ... Nowhere to run, nowhere to hide."

As the planet warms, places will get hit more not just by extreme weather but by multiple climate disasters that occur simultaneously, the report said. That’s like what’s now happening in the Western U.S., where heat waves, drought and wildfires compound the damage, Mearns said.

Some harm from climate change — dwindling ice sheets, rising sea levels and changes in the oceans as they lose oxygen and become more acidic — are "irreversible for centuries to millennia," the report said.

The world is "locked in" to 15 to 30 centimeters (6 to 12 inches) of sea level rise by mid-century, said report co-author Bob Kopp of Rutgers University.

Nearly all of the warming that has happened on Earth can be blamed on emissions of heat-trapping gases such as carbon dioxide and methane. At most, natural forces like the sun or simple randomness can explain one- or two-tenths of a degree of warming, the report said.