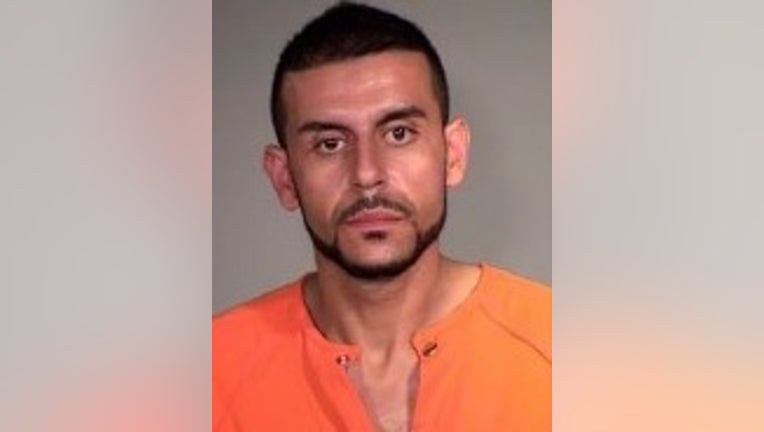 Ahmed Bahaa Abdelhafiz is wanted after he skipped bail after a scheduled court appearance in July. (Mounds View Police Department)

MOUNDS VIEW, Minn. (FOX 9) - Multiple warrants are out for the arrest of man who was charged after crashing into a police squad car earlier this year, according to the Mounds View Police Department.

Ahmed Bahaa Abdelhafiz, 29, skipped bail and did not show up for a court appearance on July 23. He remains missing. Police say he could be in the Mounds View or Fridley area.

A car crashed in a Mounds View police squad car in July 2019. The officer suffered a "significant" injury, according to the court documents. (Mounds View Police Department)

According to the criminal complaint, in July, Abdelhafiz was speeding away from police when he crashed into another squad car. The sergeant inside the squad car suffered "significant" knee and shoulder injuries. Following the incident, Abdelhafiz was charged with fleeing a police officer in vehicle that resulted in substantial bodily harm, fifth-degree drug possession and theft.

In addition to this case, Abdelhafiz also has multiple warrants for his arrest out of Hennepin, Dakota, Anoka and Washington counties. He is currently on the Top Ten Most Wanted list out of Ramsey County.

Anyone with information is asked to contact the Mounds View Police Department at (763) 717-4070.