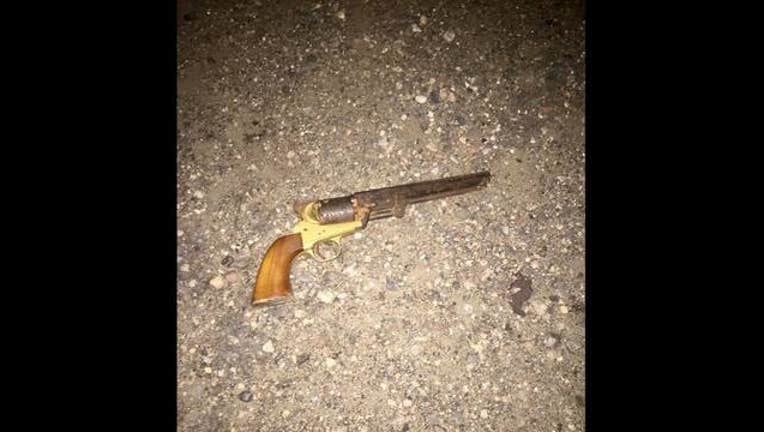 When officers approached the men, the 18-year-old tossed the gun and ran on foot, but was later captured by officers several blocks away. The other man, 22, didn't run and was arrested.

The men were recorded handling guns on security cameras.

Officers said they do not often come across black powder guns, but they are still dangerous weapons.