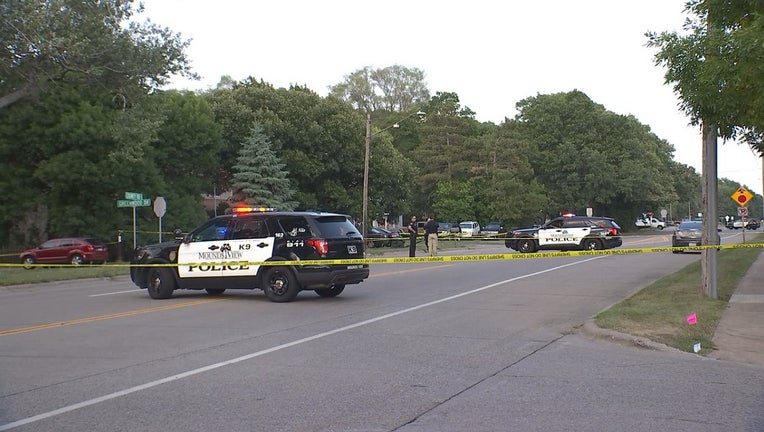 Police have blocked off County Road I in Mounds View for hours for the shooting investigation. (FOX 9)

MOUNDS VIEW, Minn. (FOX 9) - An investigation has been underway for hours in Mounds View, Minnesota after a man died Wednesday following a shooting.

An investigation has been underway for hours in Mounds View, Minnesota after a man died Wednesday following a shooting.

At the scene, officers learned the victim had left the scene in a white vehicle. That vehicle with the victim inside was located about a mile away from the scene along Mounds View Boulevard and Pleasant View Drive.

At that scene, officers tried to revive the victim but said he was ultimately pronounced dead at the scene.

Police say they are now working to identify the suspect involved and make an arrest. Officers are asking anyone with information on the case to call the police at 763-717-4071 or CrimeStoppers at 1-800-222-8477.

The shooting is currently under investigation by the Minnesota BCA and Mounds View Police Department.