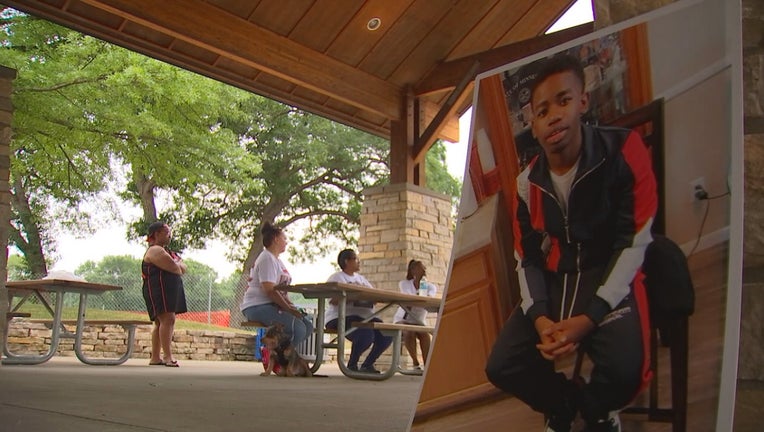 WEST ST. PAUL, Minn. (FOX 9) - A mother is fighting for justice after her son was shot and killed in a West St. Paul park earlier this summer.

"Jayvon, he was an outgoing kid," said mother Nicole Malone. "Any room he went into, he lit it up."

A mother is fighting for justice after her son was shot and killed in a West St. Paul Park earlier this summer.

Sitting with family and friends at the park where her son lost his life, Nicole Malone says her heart is broken.

"It's the worst feeling in the world to lose a child," she says. "It's unexpected, there's no words. It's hurtful."

West St. Paul Police say 20-year-old Javyon Malone was shot and later died from his injuries while attending a fundraiser at Thompson County Park on June 9.

Investigators say officers arrested one person at the scene on unrelated charges and another for crimes related to the shooting, but he was released without charges while police investigate further.

Nicole Malone says her son served prison time for aiding and abetting aggravated robbery before getting out back in December. She says Jayvon was an aspiring rapper who went by the name JDott and was planning to move from Minnesota to pursue his dream of becoming a recording artist.

"Being talented or having a face or a name can just attract the wrong people," his mother adds.

Malone is asking for anyone who saw what happened to her son to come forward and cooperate with police so his loved ones can get justice for Jayvon.

"It would mean everything that his life wasn't in vain," she said. "He was pursuing a life outside the city life. He wanted to be better than what he was."

The family will host a "Justice for Jayvon" rally next month where they are hoping to raise money for violence prevention and encourage people to put down their guns.