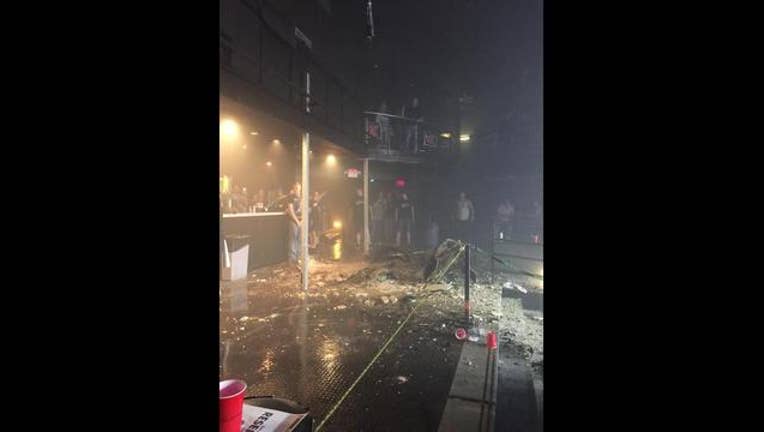 The Star Tribune reported First Avenue will stay closed at least through the middle of next week after management had hoped to reopen this weekend. An inspection Tuesday prompted a Wednesday decision to replace the whole ceiling in the main room instead of just fixing the section that fell.

It’s still unclear exactly what caused the collapse in the first place, and it will likely never be determined. All events in the Record Room will be canceled through next week, too. The Depot Tavern and 7th Street Entry have already reopened.

The venue has kept ticketholders on Twitter apprised, announcing  the Aug. 25 Psychedelic Furs and the Church shows would be at the State Theatre, the same place the sold-out Miguel show took place. Tickets will be honored.

"My Parents Bassment: Homecoming  Dance Party" was postponed until Sept. 3.

Friday’s Bobby Raps and Sin Grinch performance will either be rescheduled or moved to a new venue.

READ THIS NEXT - First Avenue ceiling collapse injures 3 during concert

According to the city of Minneapolis, the most recent commercial licensing inspection of the venue at 501 1st Avenue was in 2013 and zero violations were found.

"City inspectors are in the building frequently due to the nature of the use and occupancy load and also for various building permits," city spokesman Matt Lindstrom said in a statement to Fox 9. "While they are in the building they do look for any visible issues such as loose wiring, tilting columns, water damage, etc. and will write orders if violations are found."