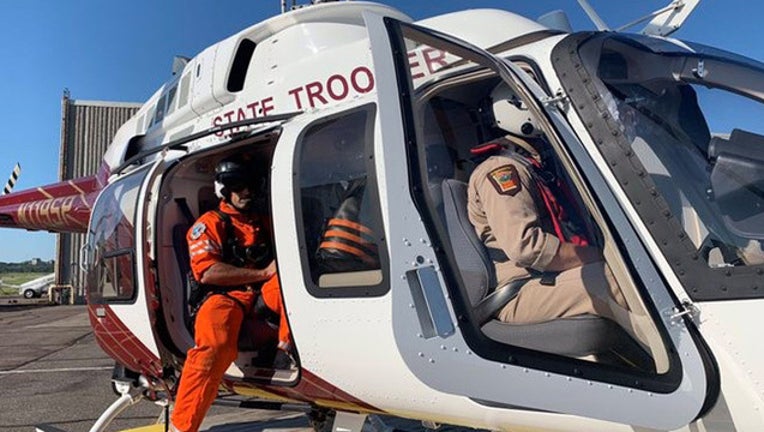 WALKER, Minn. (FOX 9) - Two canoeists were rescued from Leech Lake in northern Minnesota Monday after their canoe capsized, leaving them stranded in the water for several hours.

According to the Cass County Sheriff’s Office, a 56-year-old Monticello woman and her adult son, a 28-year-old Minneapolis man, left their resort on Leech Lake around 8:30 a.m. At one point, the pair capsized.

They floated in the water with the canoe for several hours, eventually ending up back on shore.

They were reported missing shortly before 3 p.m. Resort staff began to search the lake immediately.

At 7:15 p.m., search parties located the canoe on the north shore of the lake near Hardwood Point. A Minnesota State Patrol helicopter located the mom and her son a short time later in a “very remote wooded area,” the sheriff’s office said. Rescuers took them back to the resort, where they were treated by an ambulance on scene.

Both canoeists were wearing life jackets when they capsized.

The St. Paul Fire Department rescue squad was one of the agencies that assisted with the rescue.