WASHINGTON - President Joe Biden's plans to start delivery of booster shots by Sept. 20 for most Americans who received the COVID-19 vaccines are facing new complications that could delay the availability of third doses for those who received the Moderna vaccine, administration officials said Friday.

Biden announced last month that his administration was planning for boosters to be available for all Americans who received the mRNA vaccines in an effort to provide more enduring protection against the coronavirus, pending approvals from the Centers for Disease Control and Prevention and the Food and Drug Administration.

Those agencies, though, are awaiting critical data before signing off on the third doses, with Moderna's vaccine increasingly seen as unlikely to make the Sept. 20 milestone.

According to one official, Moderna produced inadequate data for the FDA and CDC to approve the third dose of its vaccine and FDA has requested additional data that is likely to delay those boosters into October. Pfizer, which is further along in the review process, in part because of data collected from the vaccine's use in Israel, is still expected to be approved for a third dose for all by Sept. 20. A key FDA panel is to review Pfizer’s data on boosters on Sept. 17. 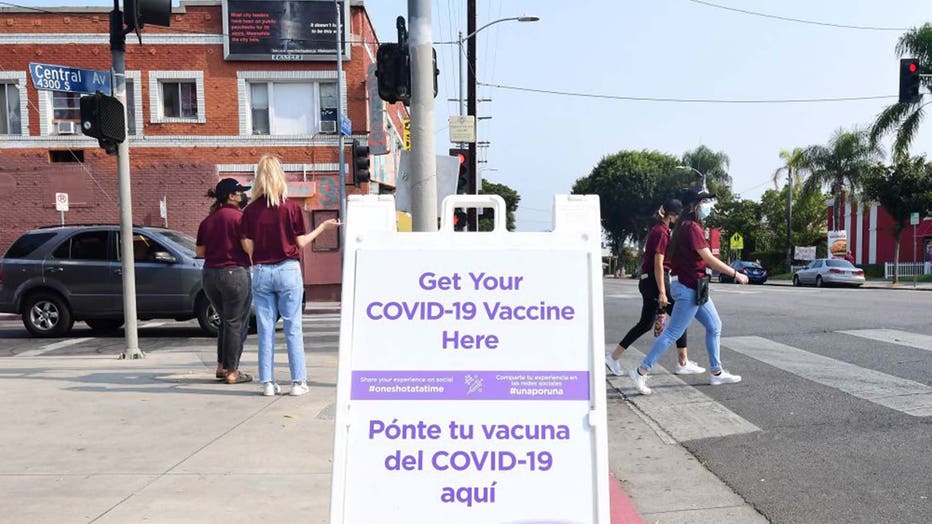 Data for boosters on Johnson & Johnson’s single-dose vaccine won’t be available for months, since that shot wasn’t approved until February, officials said.

Most of the 206 million Americans at least partially vaccinated against COVID-19 received the Pfizer shot, but about 80 million received the Moderna vaccine, according to CDC data.

The administration's public pronouncement about booster availability, a break from the more deliberate and behind-the-scenes planning that defined its early vaccination campaign, sparked concerns from some that the White House was getting ahead of the science on boosters.

RELATED: US hospitals hit by staffing crisis amid COVID-19 surge

The White House said it was merely preparing for the boosters' eventual approval, and that the reviews were "all part of a process that is now underway."

"We are awaiting a full review and approval by the FDA and a recommendation by the ACIP," said White House spokesman Chris Meagher, referencing the CDC’s Advisory Committee on Immunization Practices. "When that approval and recommendation are made, we will be ready to implement the plan our nation’s top doctors developed so that we are staying ahead of this virus."

Even before Biden's announcement last month, his administration had been preparing for months for the possibility that boosters would be required, maintaining America's supply of doses and devising promotion plans with the same "intensity" that it brought to the initial vaccination campaign, Zients told reporters Thursday.

Biden on Aug. 18 touted boosters as a protection against the more transmissible delta variant of the virus, which is raging across the country and slowing the economic recovery from the pandemic, as well as potential variants to come.

"Just remember, as a simple rule — rule: Eight months after your second shot, get a booster shot," he said then, adding that health experts were aiming to be ready to administer them by Sept. 20, pending approval by the regulatory agencies.

Dr. Anthony Fauci, the nation’s top infectious disease expert, has become an outspoke champion of the booster campaign, as the Biden administration looks to curtail the delta variant.

He told reporters on Thursday he believes it is likely that Americans will all need to get a third dose of the mRNA vaccines to be considered fully vaccinated against COVID-19.

"From my own experience as an immunologist, I would not at all be surprised that the adequate, full regimen for vaccination will likely be three doses," he said.

A formal determination that the third dose is required for "full vaccination" would have broad implications for schools, businesses and other entities that have implemented vaccination mandates.