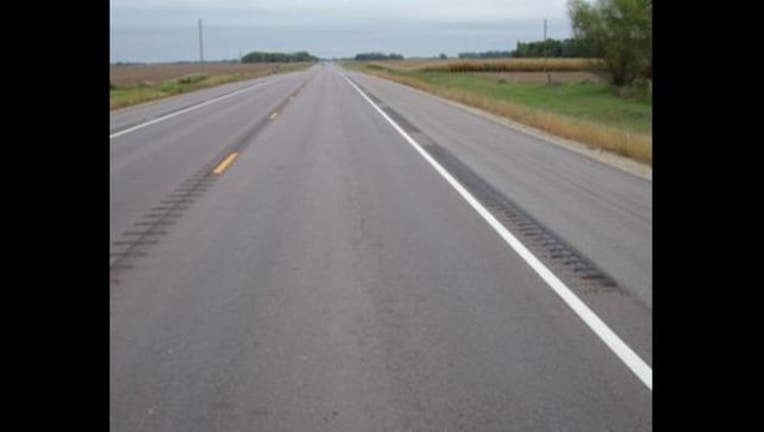 (KMSP) - The Minnesota Department of Transportation will soon begin a project to install "mumble" or "rumble" strips and striping to increase safety and reduce noise at more than 80 intersections across the state.

According to traffic safety engineer Derek Leuer, the mumble strips will be installed on two-lane state highways that have intersecting minor roads. It will be MnDOT’s first large-scale installation of the strips.

“The goal with mumble strips is to encourage motorists to reduce their speeds, which can reduce the severity of crashes, should they occur,” Leuer said. “This is a low-cost strategy that MnDOT can implement to make rural intersections safer.”

More than 40 percent of all fatal and serious crashes happen at intersections, and according to a Federal Highway Administration study, a similar safety improvement design helped reduce injury crashes by more than 30 percent.

Statewide, there were more than 1,850 serious or fatal crashes between 2008 and 2012. So, MnDOT implemented a rumble policy requiring centerline rumbles to be placed on all rural, undivided roadways with a posted speed limit of 55 mph or higher where paved surface is constructed, reconstructed or overlaid after April 1, 2012. Centerline rumbles reduce crashes on rural two-lane roads by 9 percent total.

There are well over 800 miles of centerline rumble strips/stripes on the state highway system as of 2012.

The work began this week and will last through the summer. The mumble strips are usually installed within a day and should have minimal impact on drivers, residents and businesses. The strips will be installed on both sides of the lane and pavement markings will go over both sets of strips with white on the right and yellow on the left.