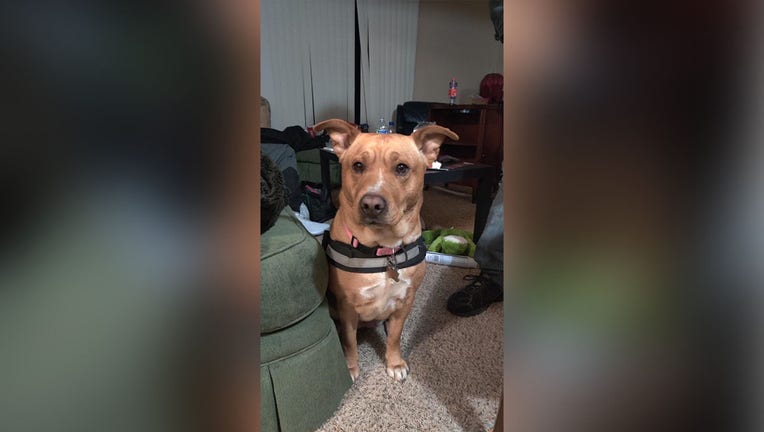 ST. PAUL, Minn. (FOX 9) - A missing therapy dog is back with her owner after police received a tip that led them to dog and her owner's stolen vehicle, according to St. Paul police.

On Tuesday, Ladybug -- a Shar-Pei, pit bull and retriever mix -- was inside her owner's vehicle when it was stolen. The St. Paul Police Department said Ladybug is a registered therapy dog through the Department of Veterans Affairs. She belongs to a U.S. Navy veteran who has some medical issues she helps him with.

Police began searching and spread the word on social media.

Thursday evening, police said they received a tip that the stolen Dodge Caliber was spotted. They found the vehicle with Ladybug and a 33-year-old woman inside.

Police arrested the woman and reunited Ladybug with her owner.