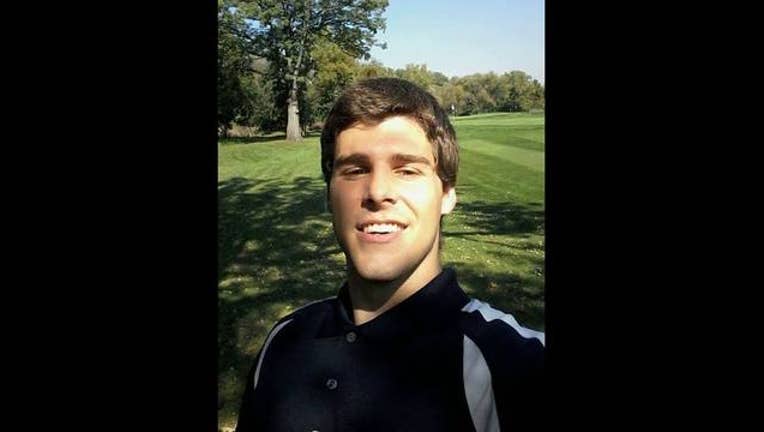 Tyler Berg, 24, of St. Cloud, Minn. has been missing since Nov. 22. He was last seen in St. Cloud, but police located his abandoned car at a Park in Monticello. Photo courtesy of Wright County Sheriff's Office.

ST. CLOUD, Minn. (KMSP) - The Wright County Sheriff’s Office is searching for Tyler Berg, 24, of St. Cloud, Minn. who was last seen at his residence on Sunday, Nov. 22.

Police found Berg’s abandoned vehicle, a black Mercury Cougar, near Otter Creek Park in Monticello early on Monday morning. Articles of clothing believed to belong to Berg were also found in Otter Creek Park and on the golf course at the Monticello Country Club.

The Wright County Sheriff’s Office is asking anyone with information on the whereabouts of Berg or anyone who had contact with him on Monday morning to contact investigators at 763-682-7637.