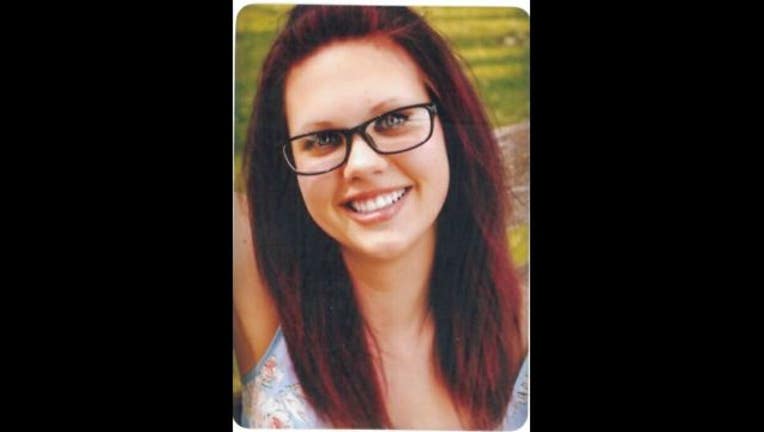 ALEXANDRIA, Minn. (KMSP) - The Pope and Douglas County sheriff’s offices are asking for the public’s help in finding 18-year-old Laura Schwendemann who was last seen at a Holiday gas station on 5th Avenue in Alexandria at 9:29 p.m. on Oct. 14.

Schwendemann is described as 5’05’, 125 pounds with brown hair and blue eyes.

Pope and Douglas County Sheriff’s Offices are asking hunters, farmers and property owners to keep an eye out for any signs of someone seeking shelter or anything suspicious observed, with specific interest in the townships of Holmes City and Solem in Douglas County and Nora, Ben and Wade in Pope County.

The sheriff’s offices are asking the public for help in identifying a “blue colored residence with a statue approximately three feet tall near the end of the driveway. The statue is described as having blue clothing and a red hat. This location is only being sought as a general area the missing person may have been observed.”