Guinness World Records says this 63-year-old grandmother from Minneapolis has set a new record for having the longest fingernails in the world.

(FOX 9) - Everyone has something about them that makes them feel unique.

But it doesn't take long to put a finger on what makes Diana Armstrong so special.

Guinness says this 63-year-old grandmother from Minneapolis set a new record for having the longest fingernails in the world.

"I thought someone was playing a joke on me, I really did, so I hung up on them. Then two or three days later, I told my daughter about it, she said 'Mom you should take their phone call'.

All together they measure 42 feet, 10 inches long and take two dozen bottles of polish and 2 days for her grandchildren to do her nails once a year.

"Some people say ‘ooh, they are so beautiful’. Then other people make faces. so I stay in the house most of the time," she explained. 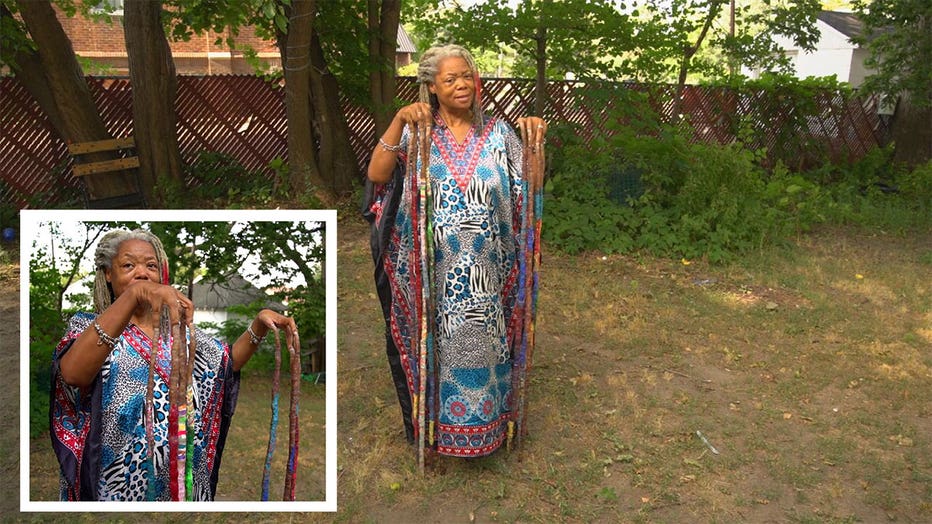 Armstrong says she's always had long nails like her mother, but since her 16-year-old daughter Latisha, who used to manicure Armstrong's nails every weekend, died from an asthma attack in her sleep 25 years ago... Armstrong says she can't bear to cut them.

"Anytime I thought about cutting them off, it gave me chills like I'm going through that grief all over again. I didn't want to go through that again, so I just kept them. It's like keeping her close to me," Armstrong says.

The length of Armstrong's fingernails can make it difficult to do many daily tasks, like picking clothes or money from the floor.

"If it's something on the floor, if I ball it up or curl it up, I use my toes. If I have to pick up a phone or something, I'll cross them and pick it up," she says.

But when it comes to keeping her daughter's memory alive, Armstrong has got it nailed.

"When I started growing them, it wasn't to be in the Guinness Book Of World Records," she said. "Now since I am, I tell people, you shouldn't judge people because you don't know what people have gone through."