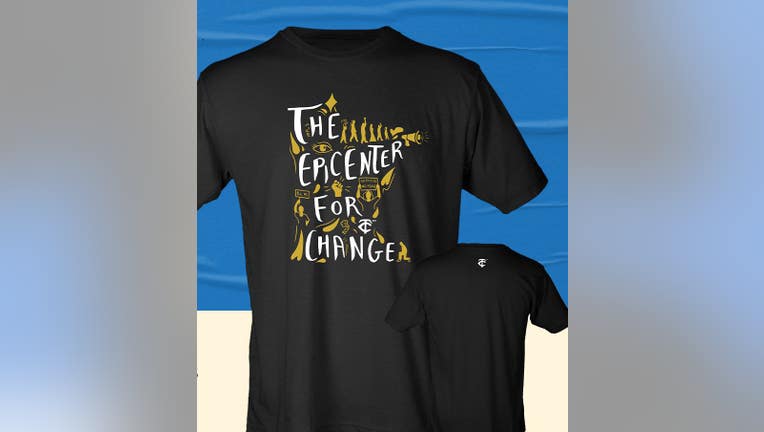 MINNEAPOLIS (FOX 9) - The Minnesota Twins are partnering with Juxtaposition Arts in north Minneapolis for a t-shirt campaign to raise donations for communities impacted by the unrest following George Floyd's death.

Youth at Juxtaposition Arts, a teen-staffed art and design center, created "The Epicenter for Change" t-shirt which is available online with a $30 donation. The shirt shows images of people calling for change within the outline of Minnesota, with the Twins logo marking the Twin Cities.

Net proceeds will be split evenly among the West Broadway Business and Area Coalition, the Lake Street Council and the St. Paul Area Chamber of Commerce.

Following the death of George Floyd during his arrest, riots broke out in the Twin Cities metro area. Hundreds of businesses and buildings were damaged during the unrest.