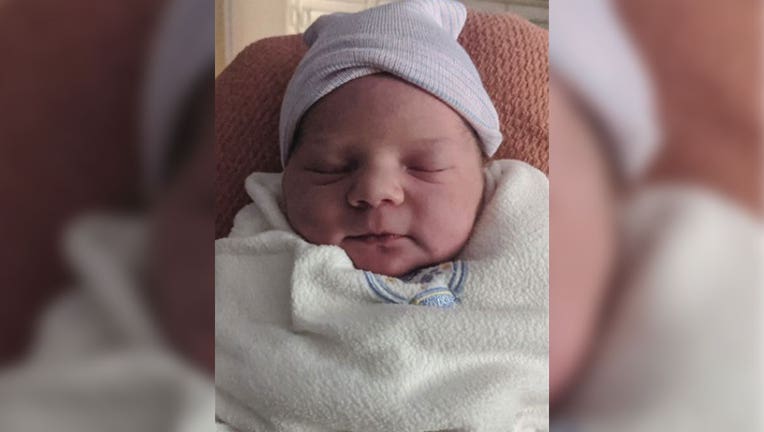 WABASSO, Minn. (FOX 9) - With three children at home, the most valuable parents, Tiffany and Christopher Eichten, have outdone themselves with their grand slam child: Baby Andie.

A pregnant Coach Eichten was in the middle of the Wabasso Softball team’s second playoff game when she had to quickly come up with her next play because after nine months, baby Andie was ready for the home run.

A softball coach went into labor during a playoff game and had to give birth on the way to the hospital.

"Around the fifth inning of the second game is when I told the assistant coach that I was not going to be riding the bus home," Tiffany told FOX 9.

"It was the top of the seventh inning when Assistant Coach Andrea Ellanson sent me a message and said, ‘You have to have the vehicle ready. Your wife is going to have a baby very soon,’" Christopher added.

Behind every MVP is likely a roster of all-stars.

Everyone quickly got into position because the next move involved getting Tiffany to the nearest hospital, which was located 15 miles away.

Coach Ellanson sat in the backseat with Tiffany as Christopher rushed to the hospital.

"In the back of my mind, I thought, ‘Okay what do I have here in the car?’ I had a blanket and that’s all I needed at that point," said Ellanson.

When she’s not coaching, Ellanson is a registered OB/GYN nurse and knew just what to do as baby Andie made it to home base. She came right there in the car as Christopher was seven minutes away from the hospital.

"In a matter of five to ten seconds, the baby came out with one push. I placed baby right on top of her chest," said Ellanson. "Her husband kind of looked and yelled, ‘What is it?’ and I said, 'It’s a girl!’"

Andie came four days after her due date weighing 8 pounds and 6 ounces. She’s named after a true champion in mom and dad’s eyes.

"She called me that night and said they wanted to name her after me and I just instantly started crying," said Ellanson.

"Thankfully, [Andrea] is a rock star," Tiffany said. "She was awesome, calm the entire time, kept me calm, kept Christopher calm and that was huge. We joked the whole year that I would be fine if I go into labor because I have an assistant coach who’s an OB/GYN nurse, but I didn’t think it was going to play a factor."