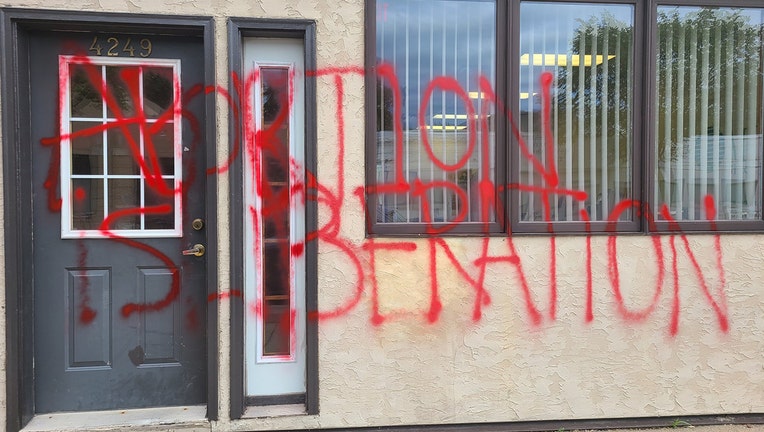 A south Minneapolis pro-life organization had its building vandalized Wednesday night, and the alleged perpetrators are apparently taking credit for the act online.

MINNEAPOLIS (FOX 9) - A south Minneapolis pro-life organization had its building vandalized Wednesday night, and the alleged perpetrators are apparently taking credit for the act online.

"Last night the MCCL [Minnesota Citizens Concerned for Life] office was vandalized, including graffiti and some broken windows. It's the second time we have been targeted in recent weeks. But we are grateful that we are all safe," read a post from the organization's Facebook page.

Founded in 1968, the organization has, "worked ever since to secure protection for innocent human life from conception until natural death through education, legislation, and political action," according to its site.

But a day after the post, Abolition Media – described as an online news source for revolutionary movements on its site – created a post of its own, detailing the act’s intention, and taking credit for it under the name "Jane from the block".

"Their offices and infrastructure deserve the same fate if not worse than that of the dozens of fake pregnancy clinics in the Minneapolis-St. Paul area that carry out the vision of MCCL," read the post.

According to its site, "Abolition Media stands in stark contrast to corporate and capitalist media, which push the disastrous agendas of nation states… More than just a news source, Abolition Media intends to be a tool for movements dedicated to anarchist, abolitionist and revolutionary perspectives. Our mission is to connect these ideas with the public; to make often obscured positions clear."