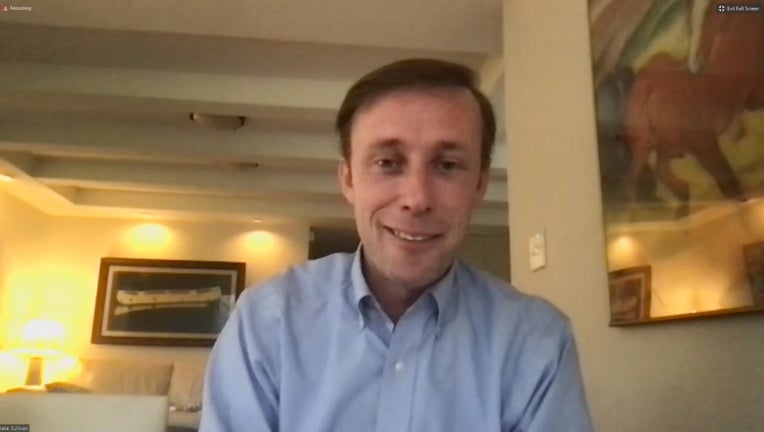 Jake Sullivan took part in a forum with the University of Minnesota on Wednesday.

Jake Sullivan, who was announced this week as Biden's national security adviser, spoke in a forum hosted by University of Minnesota professor Larry Jacobs at the Humphrey School on Wednesday. He says they will try to flip the script on how the country thinks about national security and foreign policy.

Speaking Wednesday, Sullivan told Jacobs that Biden wants to re-establish itself on the world stage.

"We believe profoundly that by working with other countries we actually enhance all of those different sources of strength," said Sullivan. "That pulling allies and like-minded democracies together that we will do better at advancing the interests of the American people."

The Minneapolis Southwest High School grad has taken quite the journey. He traveled the globe with Secretaries of State Clinton and Kerry. He also started and finished the Iran Nuclear Deal later abandoned by President Trump.

Speaking with FOX 9 several years ago, he told us his Midwest roots mattered. He now wants to use those sensibilities to break down the traditional lines dictating national security.

"And I think those lines did not serve the American people as a fully integrated agenda that puts every foreign policy and national security decision through a filter of 'is this going to be good for making life better, easier, safer for working people, middle-class families here in the United States of America,'" he explained. "That is the kind of ethos that I want to bring to this job."

For instance, he sees the number one national security threat is COVID-19 -- not China.

"And for me, that is a core national security issue that every instrumentality of our government should be," he said.

It’s largely what Biden ran on, but this concept of rethinking national security in terms of the health, environment, and identity of the country is a big departure from the Trump administration. Sullivan sees his job as carrying out Joe Biden’s vision of that concept.