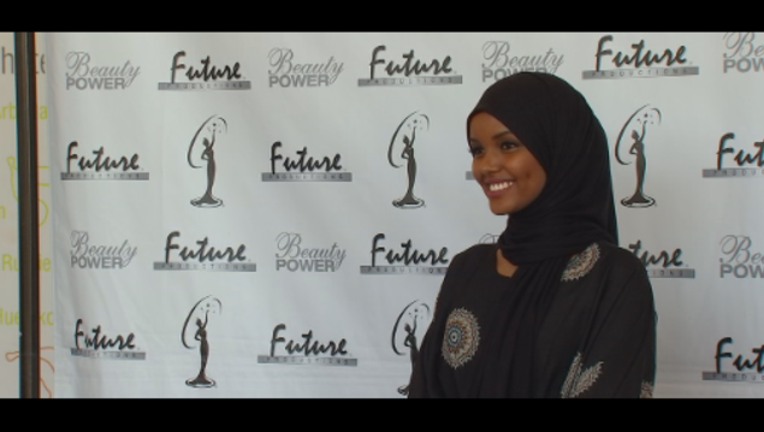 (FOX 9) - Minnesota model Halima Aden is making history as the first Muslim model to wear a hijab and burkini in Sports Illustrated.

Aden of St. Cloud, Minnesota first gained attention in 2016 when she became the first to compete in the Miss Minnesota USA pageant while wearing a hijab and burkini. While she did not win the pageant, she caught international attention and went on to sign with IMG Models, walk in New York Fashion Week and appear on the cover of British Vogue.

Aden was born in a refugee camp in Kenya before moving to Minnesota when she was seven years old. The Sports Illustrated swimsuit shoot took place at Watamu Beach in Kenya.

In an Instagram post, Aden thanked Sports Illustrated for being a part of the issue, saying she hopes to inspire other women.

"Being in Sports Illustrated is so much bigger than me," Aden wrote. "It’s sending a message to my community and the world that women of all different backgrounds, looks, upbringings... can stand together and be celebrated."

Aden will be appearing in the magazine's issue out on May 9.