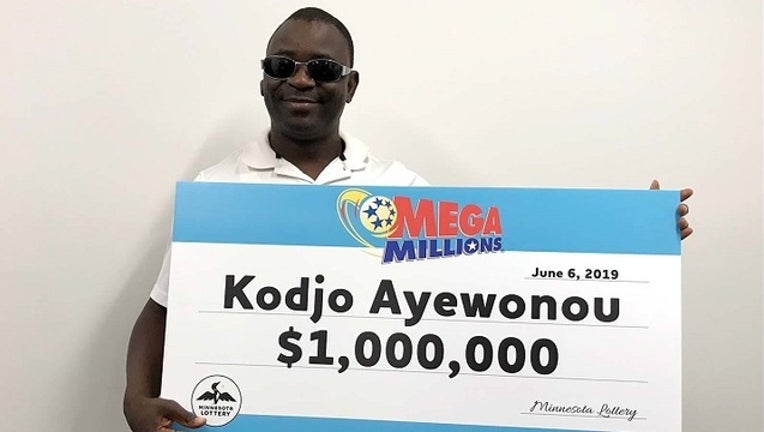 COON RAPIDS, Minn. (FOX 9) - A Lyft driver from Coon Rapids, Minnesota already has plans for the $1 million he won with a quick-pick Mega Millions ticket on June 4: "Buy a Jeep!" But Kodjo Ayewonou, an immigrant from Togo in West Africa, has bigger plans for his new wealth.

Ayewonou plans to use some of his Mega Millions winnings to give a funding boost to the nonprofit organization he started. The Ebenezer Charity Foundation provides sustainable access to clean water for people living in Africa.

Ayewonou said he has been working and praying for more money to help his mission. The organization brought food and clothing to the people at the Minneapolis homeless encampment last year and have plans to dig wells in Africa and help educate orphans in Togo.

Ayewonou purchased his winning ticket at the Shady Oak BP station, located at 11190 W. 62nd St. in Eden Prairie. The business earned a $5,000 bonus for selling the winner.

Ayewonou’s ticket matched the first five winning numbers drawn on June 4 to win the Match 5 prize worth $1 million. The June 4 Mega Millions numbers were 25-37-46-48-68 and the Mega Ball was 25.