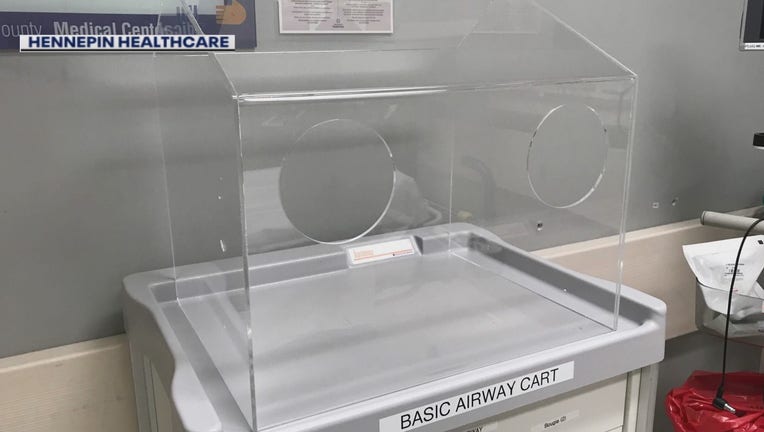 MINNEAPOLIS (FOX 9) - Hospitals are trying to do more to protect health care workers who are on the front lines, and in some cases it means developing new products.

Various Twin Cities hospitals have developed aerosol protection boxes to use in emergency rooms, to protect from the aerosol fluids that spray from the patient’s mouth when receiving respitory treatment.

“These boxes allow for a physical barrier that have been shown to prevent nearly 99% of the exposure that doctors have when doing this procedure [intubation],” said emergency physician at Hennepin Healthcare Marc Martel.

Martel built the first respiratory box for his ER about four weeks ago using plexiglass and epoxy he bought at hardware stores.

Recently, he developed a more flexible, lightweight version for those less severe patients.

“The intubation box was really only applicable to a small niche of patients,” he said about his first model. “Those patients who were so sick that they needed to be immediately on a ventilator.”

Martel says the majority of COVID patients that come through the ER don’t need to be intubated, but require less severe respitory support. He says these procedures pose just as much risk to healthcare workers.

“So, the patients are moving, we’re moving around the patients, we’re helping adjust things,” he explained. “The boxes were too rigid. Having two access points doesn’t allow for monitor leads and extra tubing or perform an EKG.”

Hospitals around the world have been developing their own versions of this.

The University of Minnesota has developed a version that has a vacuum attached, sucking the aerosols through a high-grade filter.

The doctors who developed this version believe it’s unique due to its portability. They hope it can be used in an ambulance without problems as it works to clean the area around patients’ faces.

“There’s going to be a lot of innovation that comes out of this,” said Martel. “I think not only for patient care, but for provider protection.” 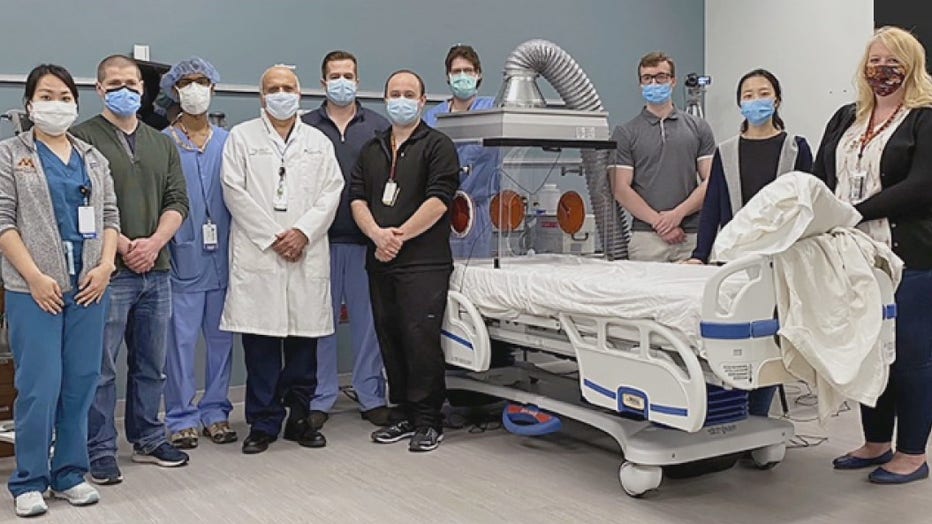 The University of Minnesota's respiratory box.