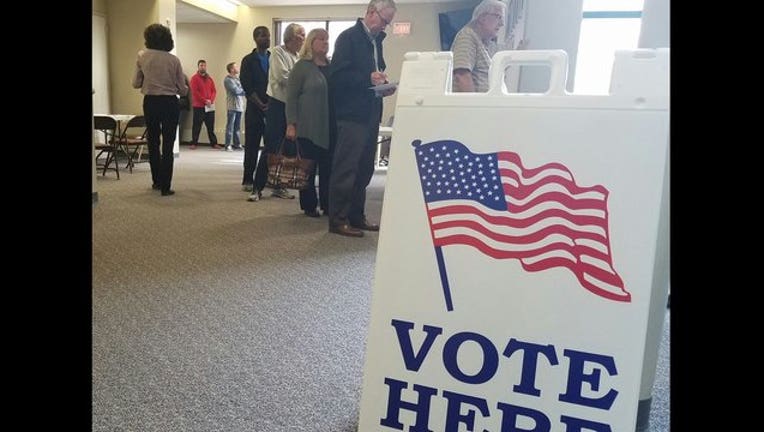 MINNEAPOLIS (KMSP) - Donald Trump claimed victory as the next President of the United States. Trump was declared a winner by the Associated Press and Fox News just after 1:30 a.m. The race for president in Minnesota was too close to call on Election Night, but with 100 percent of precincts reporting Wednesday morning, Clinton had 47 percent of the Minnesota vote to Trump’s 45 percent.

BREAKDOWN: How each Minnesota county voted for president

The rematch between Rep. Nick Nolan and Republican challenger Stewart Mills in the 8th District stretched into the morning, but Nolan retained his seat by just 2,072 votes.

Minnesota voters passed an amendment to remove state lawmakers’ power to set their own salaries, and instead establish an independent, citizens-only council to prescribe the salaries of their lawmakers.

The governor and chief justice of the Minnesota Supreme Court will appoint a bipartisan, 16-member citizens council to set state lawmakers salaries every two years. No elected legislators or former legislators can sit on the council, nor can their spouses. State employees, judges and lobbyists are also excluded.

Minneapolis voters have elected Ilhan Omar to the Minnesota House, making her the first Somali-American lawmaker in the nation. Omar will represent District 60B, which is home to the largest Somali population in America. District 60 covers all of Minneapolis east of the Mississippi River, as well as some areas just across the river from the University of Minnesota, including the Cedar-Riverside neighborhood. VIDEO: Ilhan Omar wins

More than 650,000 Minnesota already voted before Election Day, taking advantage of early voting and no-excuse absentee voting. For the 2012 election, that figure was just 267,000.