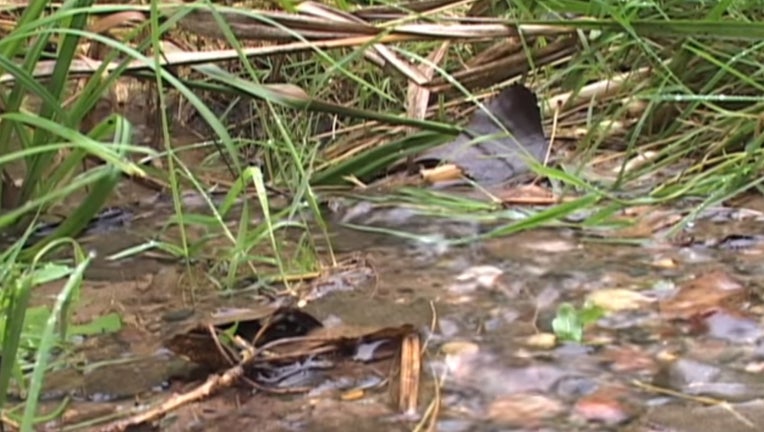 RANDOLPH TOWNSHIP, Minn. (FOX 9) - The Minnesota DNR is throwing cold water on a plan from a company that would pump hundreds of millions of gallons of groundwater to be shipped out of state.

The proposal from Empire Builder Investments would create wells in Randolph Township, Minnesota in Dakota County to pump 500 million gallons of water per year from the wells to be shipped by railcar to western states.

The DNR says, at this time, the investment group hasn't put in a formal application for the project, but had requested a preliminary assessment of its well proposal.

The DNR assessment seemed to shoot down the project, with Commissioner Sarah Strommen issuing a statement reading, "Based on our initial review of the Empire Builder request, we are notifying the company today that we see virtually no scenario where the DNR would grant a water appropriation permit for the project."

The DNR says the project is unlikely to meet state restrictions to use the water from the Mt. Simon aquifer.

"The Mt. Simon aquifer is a deep aquifer in the state of Minnesota," said Randall Doneen of the DNR's Ecological and Water Resources Division. "It's a deep source of water, it's very old water, so it recharges at a very slow rate. They wanted to make sure that water would be available for growing communities in the cities."

In a conference call, DNR officials were resistant to say the project had no chance for future approval, saying the company could submit revised proposals that the state would review closely, but said similar projects had come and gone in the past without approval.

"We think it's highly unlikely that their project is permittable," said DNR Deputy Commissioner Barb Naramore. "They certainly have every right to submit a formal application to us and could also consider modifying their proposal."

"We looked at what the company put in front of us for the preliminary well assessment," she later added. "And similarly, if they were to change their project, we'd have to look at that."

But, Naramore said a project of this volume is unprecedented for Minnesota and as such is testing untested rules. But, she says any project like the Empire Builder proposal would face significant challenges for approval. Officials say any proposal of this magnitude would require environmental reviews before going forward. And Naramore suggested lawmakers could look at adding laws that would stop companies from projects that ship bulk amounts of water out of state.