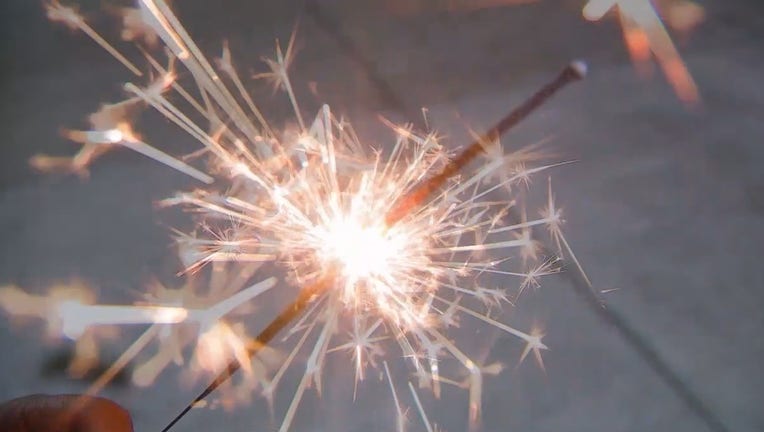 "It happened so fast that I just said, ‘Ellie get the hose,’" said Andrew Kuechle. "I knew as soon as it happened something bad has just happened to my hand."

Memorial Day weekend memories took a drastic turn for one Eden Prairie family, as they took an end-of-school vacation near Brainerd.

While lighting their third round of sparklers, Kuechle admits he made the mistake of not following directions on the box to light one at time.

"I was lighting three at a time because we have three kids and they all kinda just flew up into the palm, fingers everything," said Kuechle.

"The aftermath was not good," said Ellie Mitchell, Kuechle’s wife. "You could see the scorched marks from the metal on his fingers. It was just completely blistered."

According to the Minnesota Department of Public Safety, there’s an average of 75 hospital visits a year across the state due to fireworks injuries. More than 30 percent of those injuries are blamed on sparklers. Plus State Fire Marshal Jim Smith points out those numbers are pre-pandemic and prior to reports of fireworks sales skyrocketing this past year.

"They are cute, they are pretty, they are dangerous," said Smith, while talking about sparklers. "They are a burning metal, burning about 1,200 degrees." 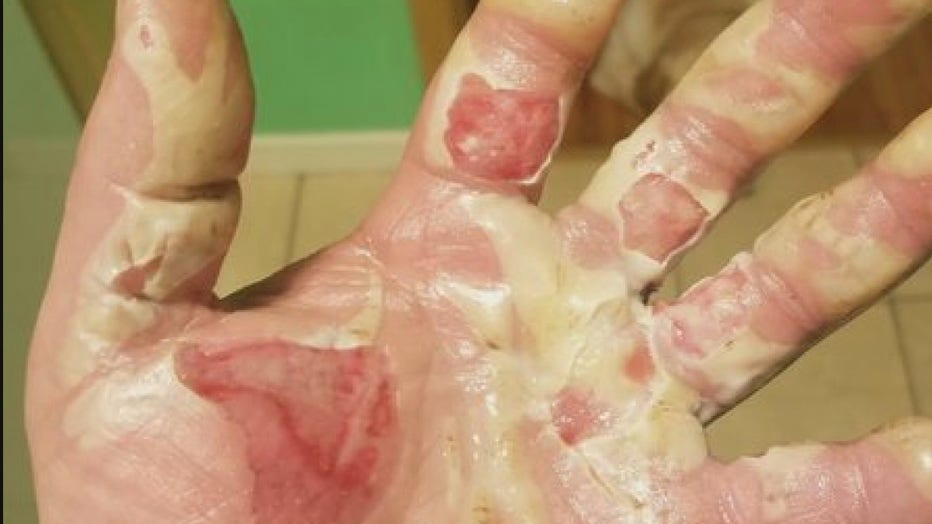 Smith reminds that any fireworks that leave the ground are illegal in Minnesota. He doesn't discourage sparklers, as long as kids stay six feet away from one another and have a water bucket and adult close by.

"Keep them at arm’s length, let them do their figure eights and all that," said Smith. "Then, teach them how to properly dispose of them."

"We won’t be doing sparklers probably ever again," said Mitchell.

Kuechle is just thankful he was the one burned and not any of his kids. Through the pain and challenges of not being able to fully work while he heals. Kuechle hopes others take his advice and avoid the potential of being hurt even worse.

"Be safe and follow directions because it can change your life in an instant - even a sparkler," said Kuechle.

In addition to the injury concerns, Smith points out there’s also the damage to property and drought concerns. He said no one should be lighting fireworks until rain comes. If fireworks or sparklers are used, make sure it’s on a driveway away from anything that could catch on fire.