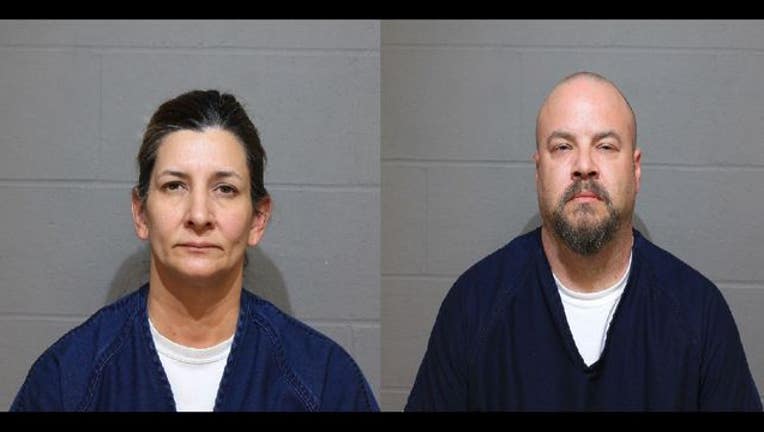 GOODHUE, Minn. (KMSP) - A couple from Goodhue, Minnesota, is facing multiple charges each after a teenage girl reported that she had been exploited in the couple's "sex room."

Michael Germain, 43, and Heather Germain, 48, each face several counts of criminal sexual conduct and interference with the privacy of a minor.

In January, the teen told Goodhue police about that the “sex room” in the couple's attic in Goodhue.

Officers obtained a search warrant and found that the room contained various sex toys along with cameras. They also discovered the objects along with a “free-standing wooden structure” in the shape of an “X” that “could easily be used to anchor or tie a person or objects.”

The victim said Michael asked her multiple times to provide him with illegal drugs and she complied.

She told police that back in 2015, she and the couple “all engaged in sex acts together, including sexual intercourse.”