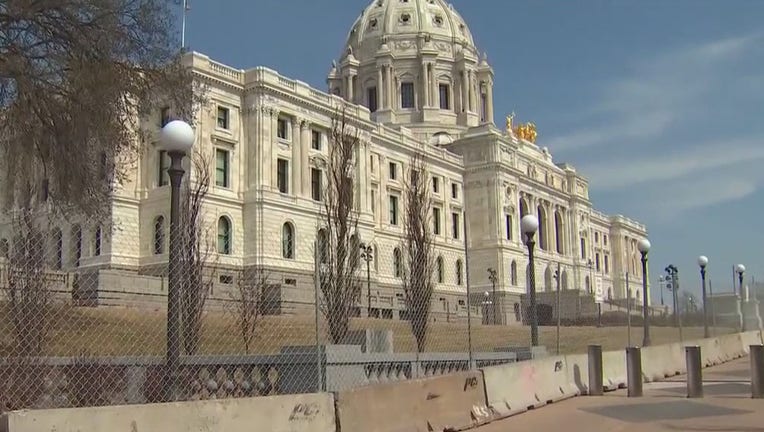 ST. PAUL, Minn. (FOX 9) - The Minnesota State Capitol will reopen to the public Thursday at 8 a.m. after months of closures due to the pandemic and civil unrest in the Twin Cities.

According to the Minnesota Department of Administration, the building will reopen between 8 a.m. and 5 p.m. on weekdays starting Thursday. Weekend hours will resume at a later date. Guided tours of the Capitol are not going to resume yet. The state expects them to resume later this summer, however. The building will stay open past the regular hours if House and Senate floor sessions or legislative hearings extend beyond them.

The public can reserve space in the Capitol for meetings and events in the Upper Mall, Lower Mall and Leif Erickson Park. Information on holding rallies or events within the Capitol complex can be found here.

Last week, House Speaker Melissa Hortman said she expected the Capitol would reopen next week. She said all members will be allowed on the House floor, and she'll let the public be in the House galleries.

The Minnesota Capitol fence was taken down as lawmakers continue budget negotiations.

"It means the era of pandemic legislating is over," said Hortman, DFL-Brooklyn Park, said in an interview.

Fencing was in place around the Capitol since May 2020 when rioting broke out in Minneapolis and St. Paul after the police killing of George Floyd. State officials then ordered a larger, reinforced fence this spring ahead of Derek Chauvin's murder trial. The fence was removed last week.

The final cost of the fencing will be $105,000, said Curt Yoakum, the Administration spokesman last week. That is roughly half of the initial estimate because the state renegotiated the first fence and didn't need the entire four-month rental of the second fence, Yoakum said.

Lt. Gov. Peggy Flanagan, who chairs the Capitol Area Security committee, said she was glad the fence was removed.

"I am eager to open the doors to the Capitol so that Minnesotans can safely return to the People’s House and advocate for our shared future," Flanagan said in an emailed statement.

The Capitol has been closed to the public since March 2020 when the coronavirus pandemic shuttered state buildings. Then came the police killing of Floyd and the civil disorder that followed.