Minneapolis Public Safety Commissioner: We're going to get to a 'better place'

Minneapolis Public Safety Commissioner Cedric Alexander presented a $1 million yearly budget proposal for his department to a meeting of the Minneapolis City Council’s budget committee on Thursday morning. He said he hopes that the work of his office will be important for the residents of the city and serve as a national example.

MINNEAPOLIS (FOX 9) - The City of Minneapolis' new Community Safety Commissioner Cedric Alexander spent Thursday night getting pretty aggressive with residents on Twitter and is now apologizing for the "tone" of his responses.

Alexander, who was appointed by Mayor Jacob Frey, used his personal Twitter account @Calex_law to respond to questions on Twitter, including a question from Amity Foster, who says she was then blocked by Alexander.

Here's a sampling of his tweets: 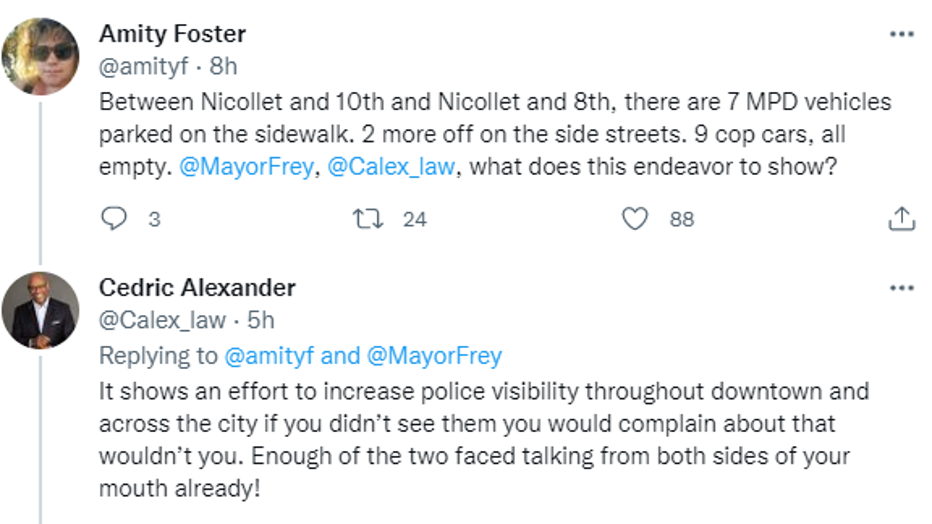 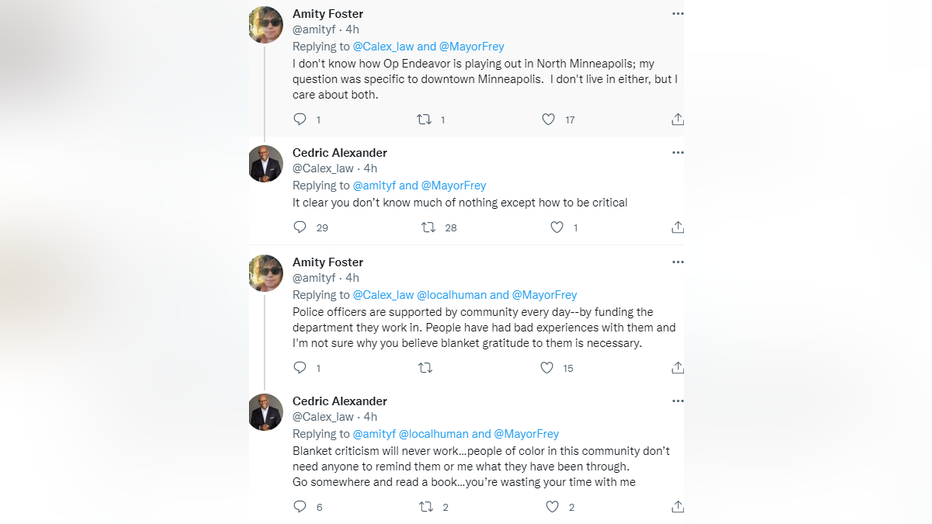 Alexander on Friday apologized for the tone of his responses in a statement to FOX 9. Here's the full statement:

"The way I engaged with constituents last night on Twitter did not meet the standards I hold for myself and the Office of Community Safety team. I care deeply about the success of our community safety work in Minneapolis, and I know building trust happens one interaction at a time. I regret the tone of my responses, and I’m committed to respectful, constructive engagement with the communities we serve."