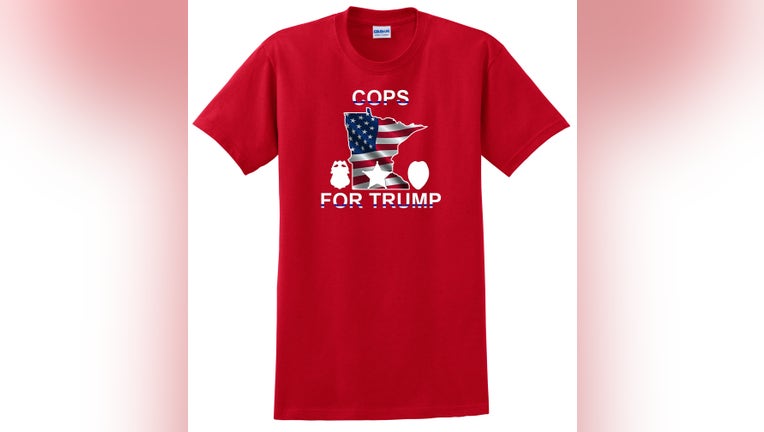 MINNEAPOLIS (FOX 9) - The Police Officers Federation of Minneapolis unveiled a new t-shirt in support of President Donald Trump Monday, just days before his scheduled visit to the city.

According to Federation President Bob Kroll, the “COPS FOR TRUMP” shirt comes in response to the city of Minneapolis’ recent change in protocol regarding officers appearing in uniform to endorse a candidate for office.

Kroll said the Federation was most disappointed that they were offered no input on the policy change process before it was implemented last week.

“[The shirt] is a way to get our message out that our officers support Trump and his administration,” said Kroll.

Kroll said many of his officers support the President because he “totally backs law enforcement.” He said his officers did not feel the same way under the Obama Administration.

The shirts are available for purchase on the Federation’s website.